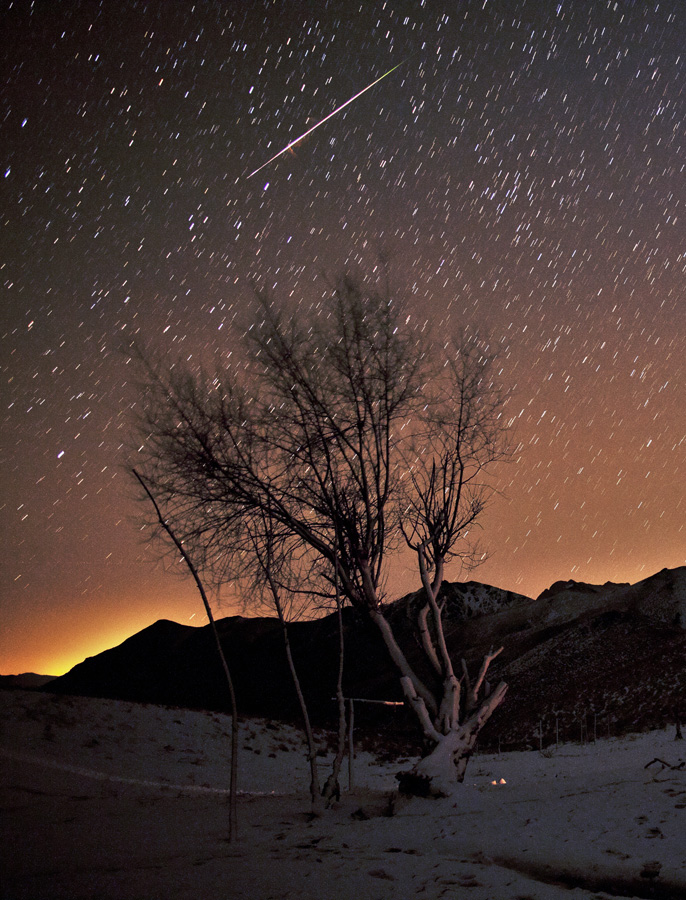 Explanation: Intensely bright, this fireball meteor flashed through Tuesday's cold, clear, early morning skies over the Karkas Mountains in central Iran, near the peak of the annual Geminid Meteor Shower. To capture the meteor moment and wintery night skyscape, the photographer's camera was fixed to a tripod, its shutter open for about 1.5 minutes. During that time, the multitude of stars slowly traced short, arcing trails through the sky, a reflection of planet Earth's daily rotation on its axis. The meteor's brilliant dash through the scene was brief, though. Changing color as it went, it also left a reddish swirl of hot, glowing gas near the center of its path. The mountains appear in silhouette against the steady glow of distant city lights.