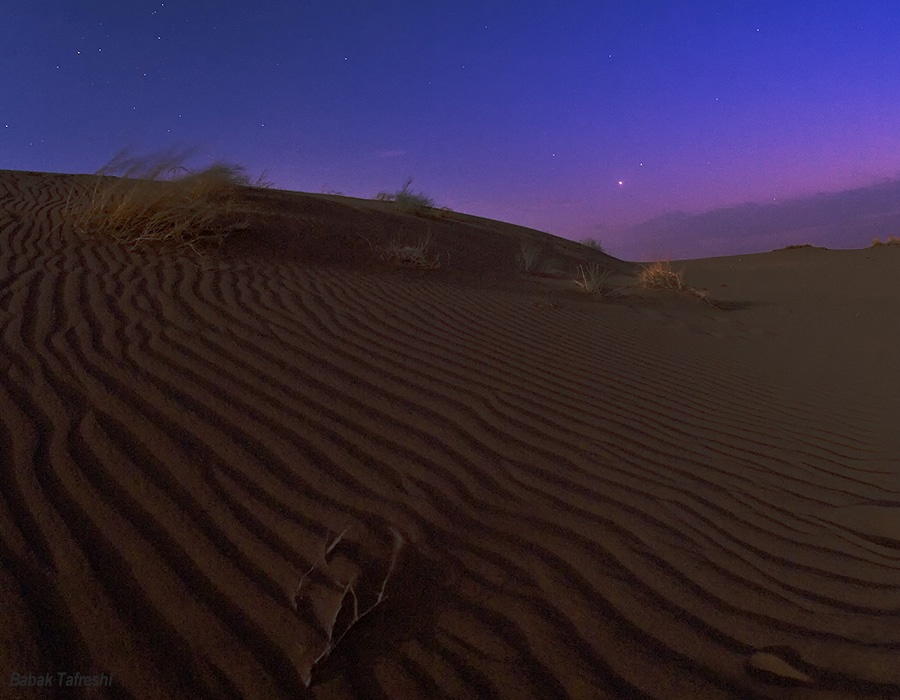 Explanation: Even though you may have just read an email claiming Mars will be incredibly bright tonight, the brightest star on the horizon is not Mars. From central Iran on August 24th, the brightest star in this twilight desert skyview is Venus, aka the Evening Star. But a bright Mars is in the picture, just above and right of more brilliant Venus. Despite claims in the internet's annually returning Mars Hoax that Mars will be as big and bright as the Full Moon, this celestial scenario is very similar to the western sky you can see tonight. Along with Mars, the still beautiful vista includes Spica, alpha star of the constellation Virgo, above and left of Venus. Farther right of Venus, Saturn peeks through the sunset's fading glow just above the clouds. Near the opposite horizon, the Full Moon illuminating the desert is about 400,000 times brighter than Mars.