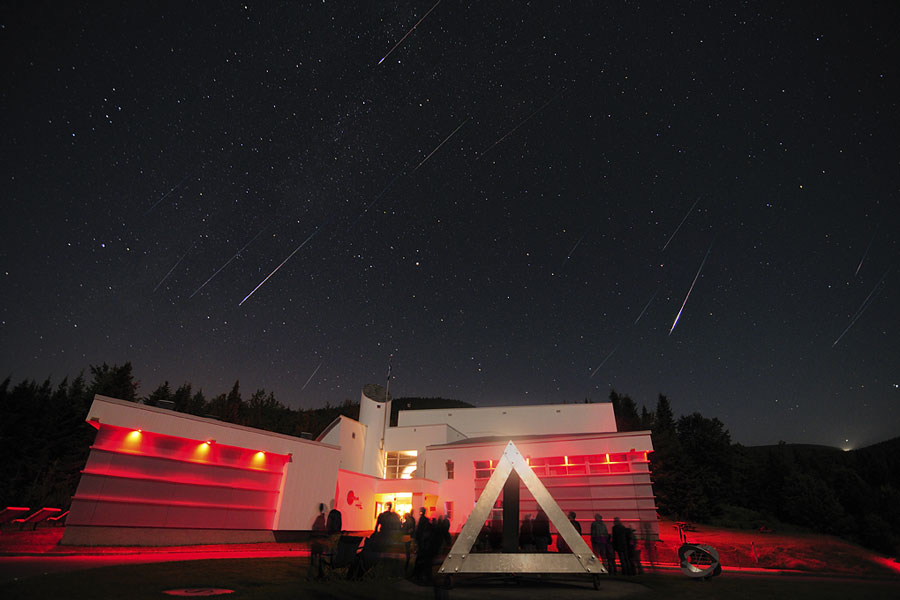 Explanation: Meteors streaked through the sky above many of Earth's cities last week, but nobody was hurt, and no damage has been reported. The assault from space appeared to originate from someplace in the constellation of Perseus, and included millions of small projectiles hurtling toward Earth at over 200,000 kilometers per hour. Pictured above, people gathered at ASTROLab du Mont-Megantic in southern Quebec, Canada gazed helplessly toward the sky during a similar event last year as they themselves were unable to stop the meteor onslaughts. Fortunately, Earth's defense, consisting of a planet-wide blanket of air over 100-kilometers thick, obliterated the attacking projectiles by using friction generated by their own speed to heat them into disintegration. The large triangle in the foreground, although impressive in appearance, was not part of the Earth's meteor defense system. The space attack was expected as part of the annual Perseids meteor shower as the Earth passed through sand-sized debris left over from the sun-orbiting Comet Swift-Tuttle.