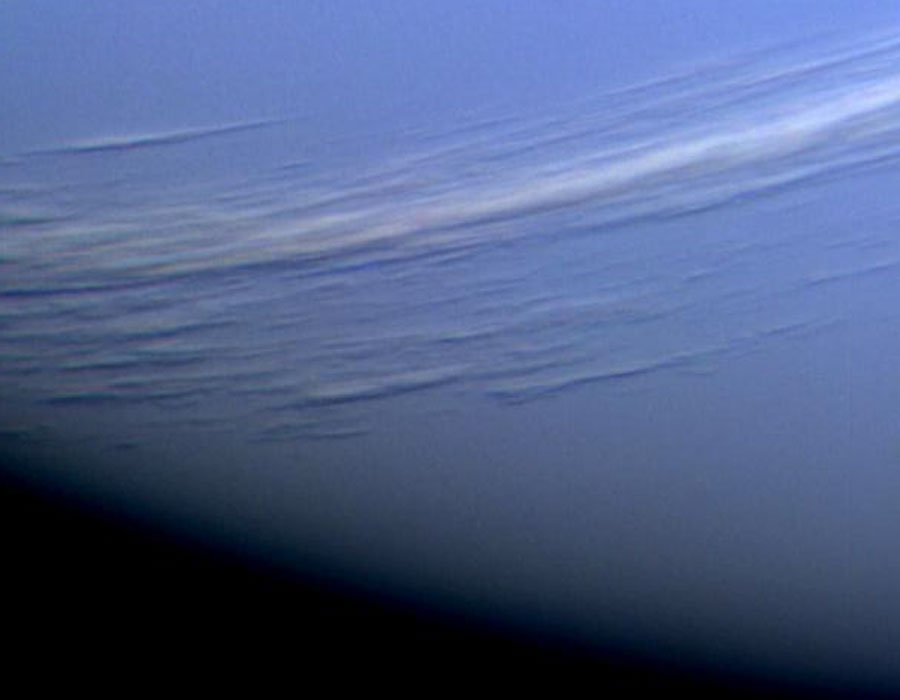 Explanation: Two hours before closest approach to Neptune in 1989, the Voyager 2 robot spacecraft snapped this picture. Clearly visible for the first time were long light-colored cirrus-type clouds floating high in Neptune's atmosphere. Shadows of these clouds can even be seen on lower cloud decks. Most of Neptune's atmosphere is made of hydrogen and helium, which is invisible. Neptune's blue color therefore comes from smaller amounts of atmospheric methane, which preferentially absorbs red light. Neptune has the fastest winds in the Solar System, with gusts reaching 2000 kilometers per hour. Speculation holds that diamonds may be created in the dense hot conditions that exist under the cloud tops of Uranus and Neptune.