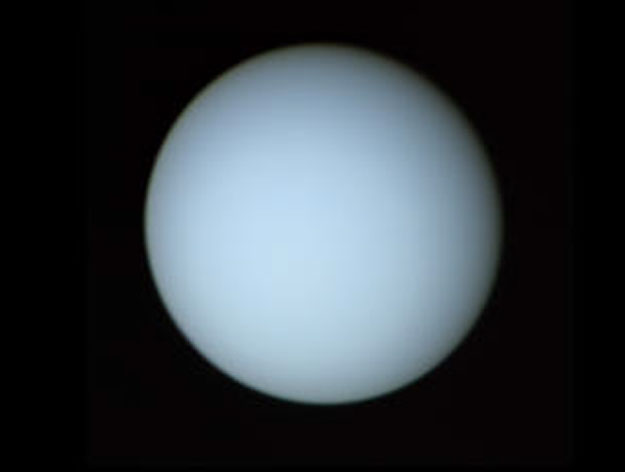 Explanation: Uranus is the third largest planet in our Solar System after Jupiter and Saturn. Uranus is composed mostly of rock and ices, but with a thick hydrogen and helium atmosphere. The blue hue of Uranus' atmosphere arises from the small amount of methane which preferentially absorbs red light. This picture was snapped by the Voyager 2 spacecraft in 1986 - the only spacecraft ever to visit Uranus. Uranus has many moons and a ring system. Uranus, like Venus, has a rotation axis that is greatly tilted and sometimes points near the Sun. It remains an astronomical mystery why Uranus' axis is so tilted. Uranus and Neptune are quite similar: Uranus is slightly larger but less massive.