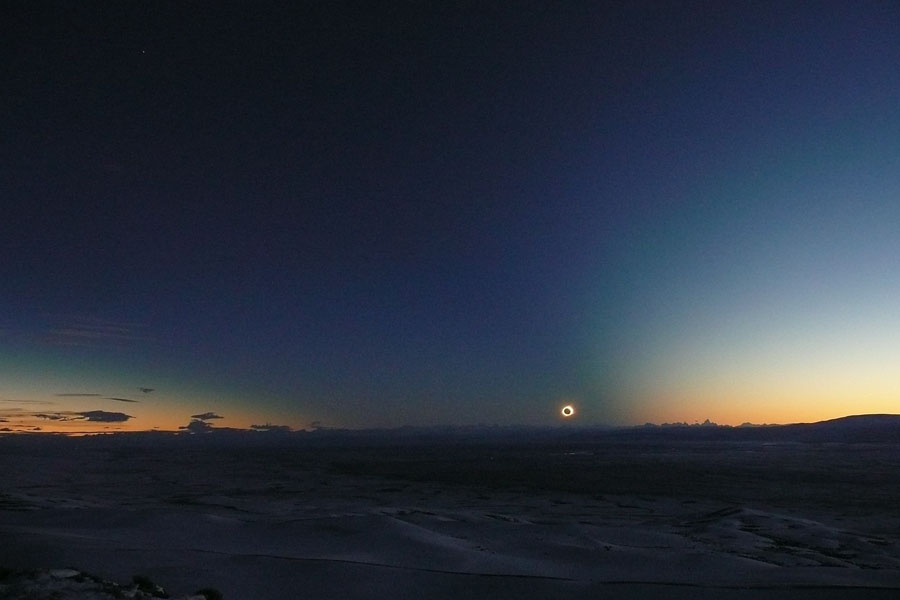 Explanation: Sometimes, during a total eclipse of the Sun, a strange shadow of darkness can be seen stretching off into the distance. Called shadow cones, they are visible because the Earth's atmosphere is not completely transparent, scattering sunlight and hence appearing blue during the day. Shadow cones are particularly dramatic for eclipses near the horizon, as geometry creates a long corridor of sun-blocked air. Visible above is a shadow cone caught during a sunset total solar eclipse visible last month from Patagonia, Argentina. The eclipsed Sun itself still appears bright around the edges of the Moon because of light from the surrounding corona. A few minutes later, the Moon began to move away from the Sun as both set behind distant Andes mountains.