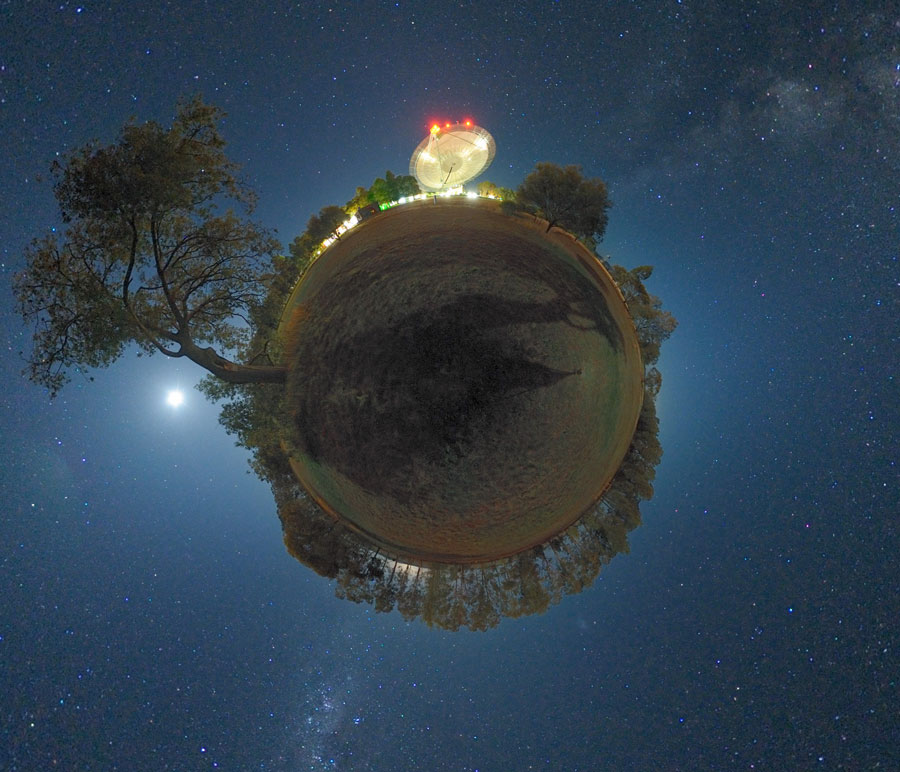 Explanation: What planet is this? Although seemingly something out of The Little Prince, the planet is actually Earth. More specifically, it is a small part of the Earth incorporated into a four image stereographic "Little Planet " projection. The central fisheye image points down, while the surrounding wide-angle images were taken at a 30 degree tilt and added digitally later. Earth-anchored items surrounding the image center include green grass, dark shadows, and trees near and far. At the image top ("noon" if the planet were a clock) is the well-lit Parkes Radio Telescope dish in New South Wales, Australia. The surrounding sky contains many jewels of the night including the Moon at 9 pm, the plane of our Milky Way Galaxy at 1:30 pm and 7 pm, and the Small Magellanic Cloud galaxy at 5 pm. A full field interactive version of this scene can be found here.