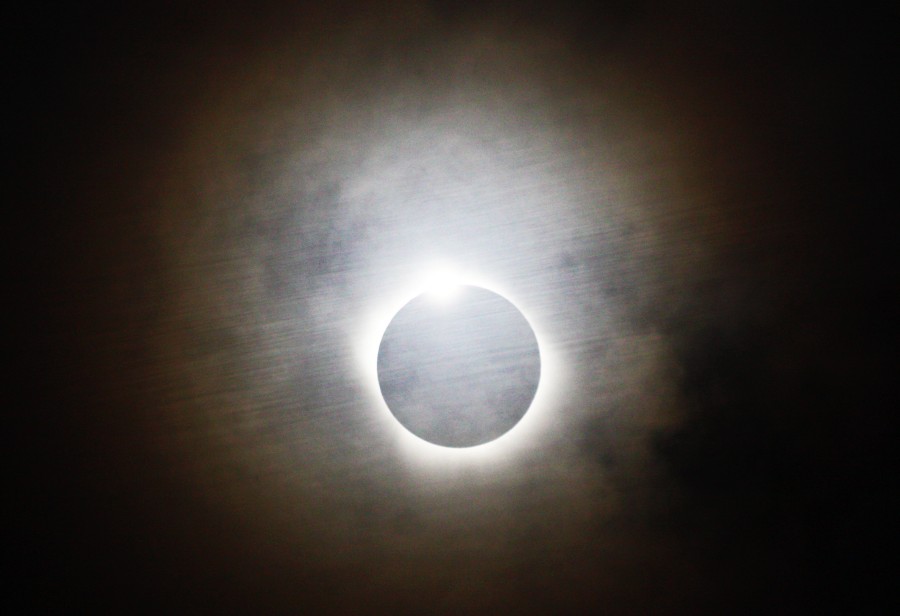 Explanation: As the total phase of July 11's solar eclipse came to an end, sunlight streaming past the edge of the Moon's silhouette created the fleeting appearance of a glistening diamond ring in the sky. Seen through a thin cloud layer from the French Polynesian atoll of Hao it also produced remarkable shadow bands, flickering across the dramatic sky. Projected onto the cloud layer, the shadow bands are parallel to the sliver of sunlight emerging from behind the Moon's edge. Caused by turbulence in Earth's atmosphere refracting the sliver of sunlight, the narrow bands were captured in this brief, 1/400th second exposure. Shining through the cloud droplets, the sunlight also produced a luminous atmospheric corona, not to be confused with the solar corona seen during eclipse totality. The atmospheric corona is centered on the bright diamond of emerging sunlight.