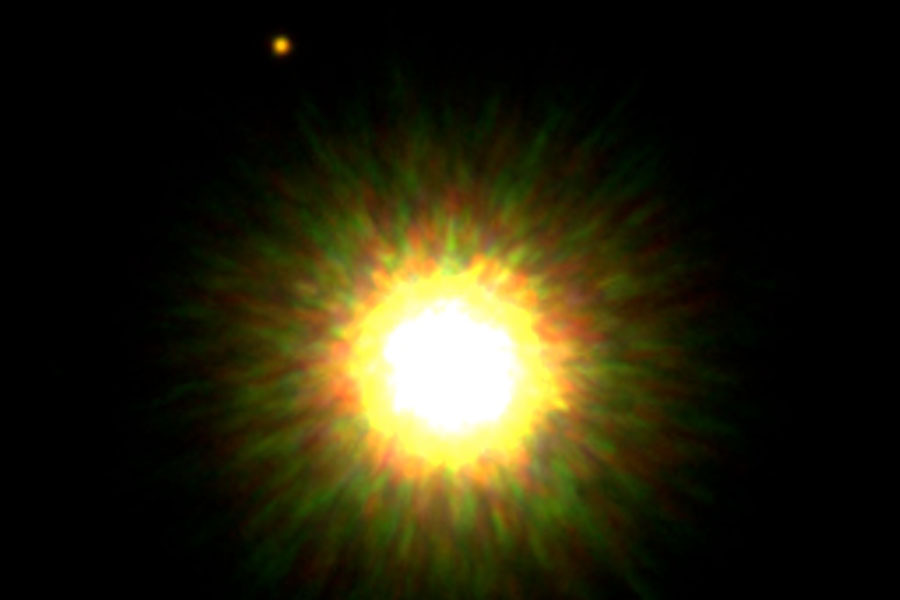 Explanation: The first direct image of an extrasolar planet orbiting a star similar to our Sun has been confirmed. Located just 500 light-years away toward the constellation Scorpius, the parent star, cataloged as 1RXS J160929.1-210524, is only slightly less massive and a little cooler than the Sun. The star is, however, much younger, a few million years old compared to the middle-aged Sun's 5 billion years. This sharp infrared image shows the young star's planetary companion positioned above and left of center. The planet is estimated to have a mass about 8 times the mass of Jupiter, and orbit a whopping 330 times the Earth-Sun distance from its parent star. The young planetary companion is still hot and relatively bright in infrared light, likely due to the heat generated during its formation by gravitational contraction. In fact, such newborn planets are easier to detect before they age and cool and become much more faint. The discovery image, shown above, was taken in 2008 but confirmed only recently by noting that the planet stayed with its parent star as background stars slightly shifted over time.