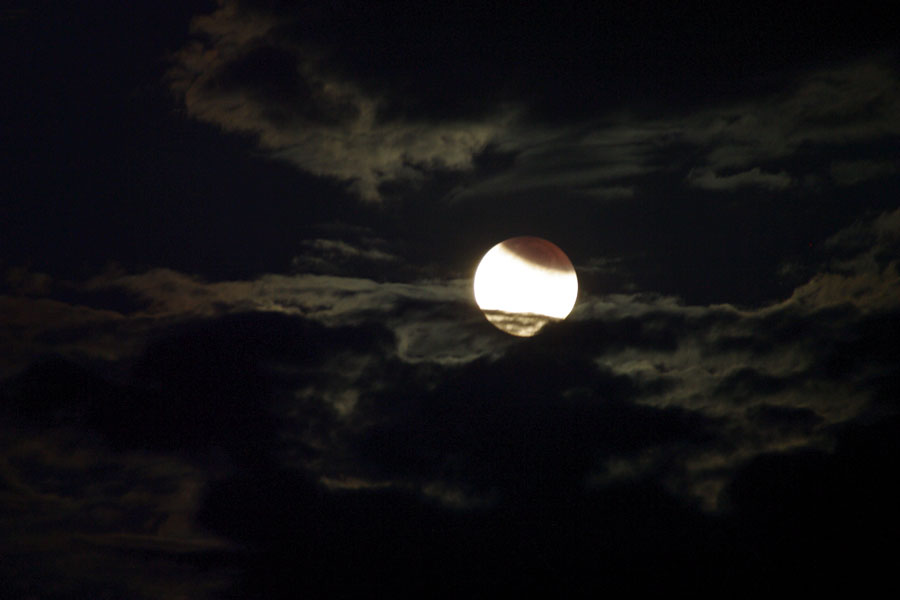 Explanation: What's happened to the Moon? This past weekend, once again, part of the Moon moved through the Earth's shadow. This happens about once or twice a year, on the average, but not each month since the Moon's orbit around the Earth is slightly tilted. Pictured above, the face of a full moon is partly blocked by Earth's clouds, and partly darkened on the upper right by Earth's umbral shadow. Clouds permitting, the partial lunar eclipse was visible from the half of the Earth facing the Moon at the time of the eclipse, which included much of Earth's Pacific Rim. On July 11, a total eclipse of the Sun will be visible in a thin swath of Earth crossing the southern Pacific Ocean.