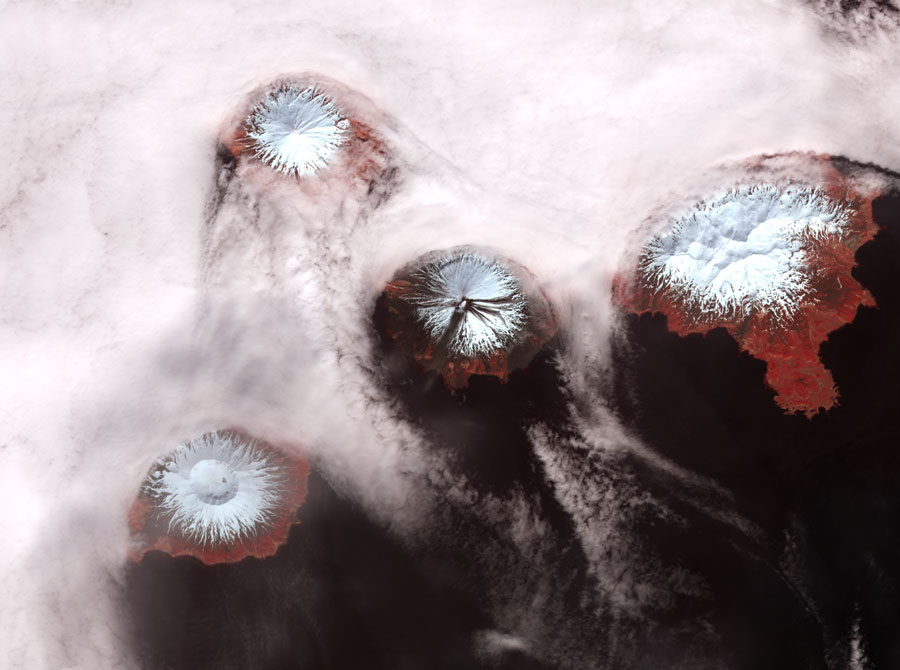 Explanation: Our Earth is covered by volcanoes. Volcanoes are breaks in the Earth's cool surface where hot liquid rock from the interior comes out -- sometimes suddenly. In the above image from the ASTER camera aboard NASA's orbiting Terra satellite, snow-capped volcanoes are seen from overhead that compose the picturesque Islands of the Four Mountains in the Aleutian Islands, Alaska, USA. The islands contain restless Mt. Cleveland, an active volcano currently being watched to see if it emits an ash cloud that could affect air travel over parts of North America. A close look at Mt. Cleveland, seen near the image center, shows red vegetation (false color), a white snow-covered peak, a light plume of gas and ash, and dark lanes where ash and debris fell or flowed. Millions of volcanoes have likely been active over the turbulent history of the Earth's surface, while about 20 volcanoes are erupting even today, at any given time.