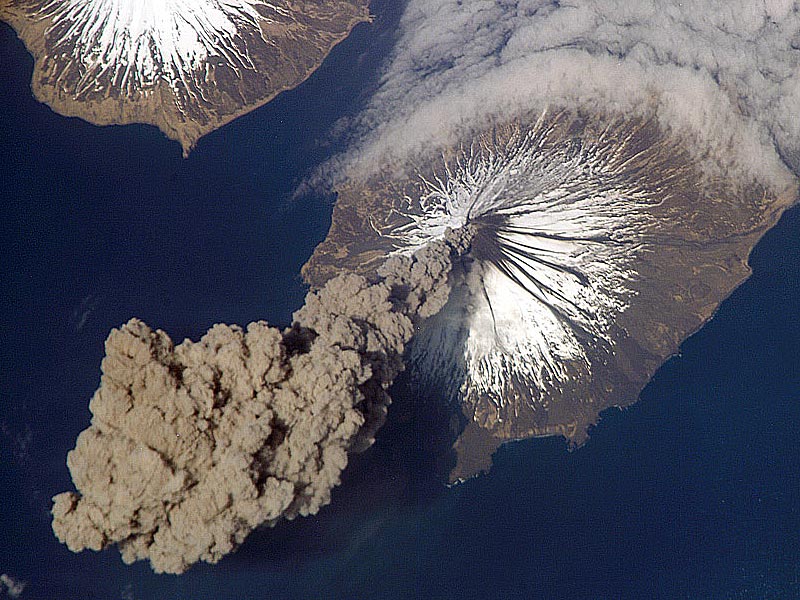 Explanation: What is happening to that volcano? It's erupting! The first person to note that the Aleutian Cleveland Volcano was spewing ash was astronaut Jeffrey N. Williams aboard the International Space Station. Looking down on the Alaskan Aleutian Islands two weeks ago, Williams noted, photographed, and reported a spectacular ash plume emanating from the Cleveland Volcano. Starting just before this image was taken, the Cleveland Volcano underwent a short eruption lasting only about two hours. The Cleveland stratovolcano is one of the most active in the Aleutian Island chain. The volcano is fueled by magma displaced by the subduction of the northwest-moving tectonic Pacific Plate under the tectonic North America Plate.