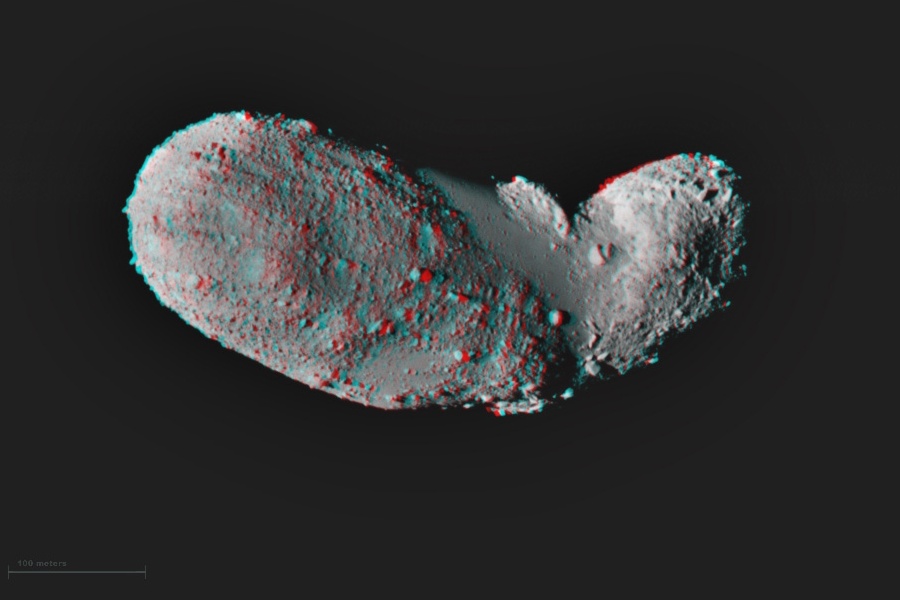 Explanation: Get out your red/blue glasses and float next to asteroid Itokawa, a diminutive world of the solar system only half a kilometer across. Boulders strewn across its rough surface and the lack of craters indicate that this asteroid is a rubble pile, formed as smaller pieces collected and were kept together by gravity. The stereo view was constructed from images made by the Hayabusa spacecraft when it encountered the asteroid in 2005. After a long journey, the spacecraft re-entered the atmosphere on June 13 over Australia, successfully parachuting a capsule to Earth. Hayabusa's capsule could contain a small sample of material from rubble pile asteroid Itokawa.