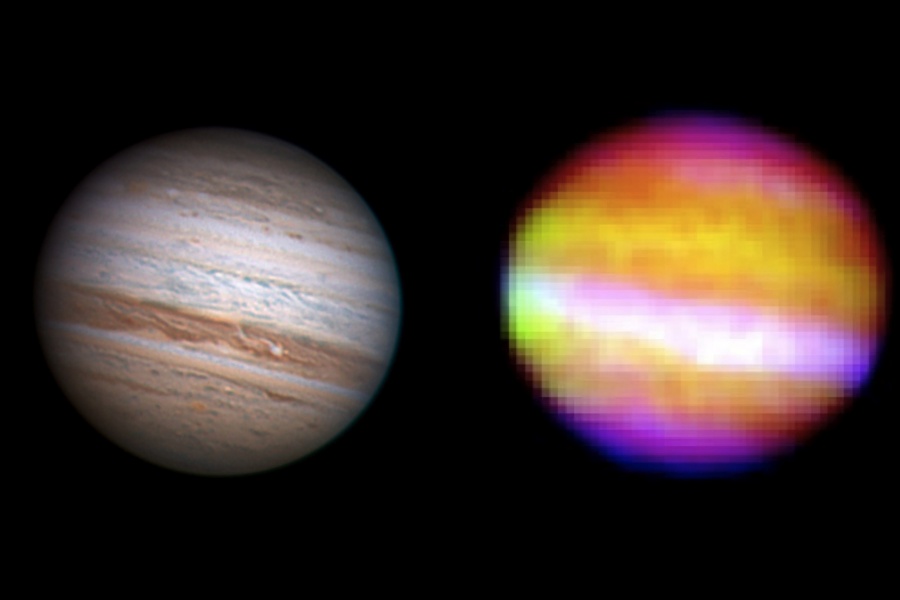 Explanation: SOFIA, the Stratospheric Observatory for Infrared Astronomy, captured its "first light" images on May 26, from an altitude of 35,000 feet. While flying above most of planet Earth's infrared-absorbing water vapor, SOFIA's premier infrared views of the cosmos included this remarkable false-color image (right panel) of Jupiter. For comparison, on the left is a recent, ground-based visible light image. Both show our solar system's ruling gas giant without its dark southern equatorial belt (normally seen in the upper hemisphere in this orientation). That familiar feature faded from view early in May. But the bright white stripe in SOFIA's image is a region of Jupiter's clouds transparent to infrared light, offering a glimpse below the cloud tops.