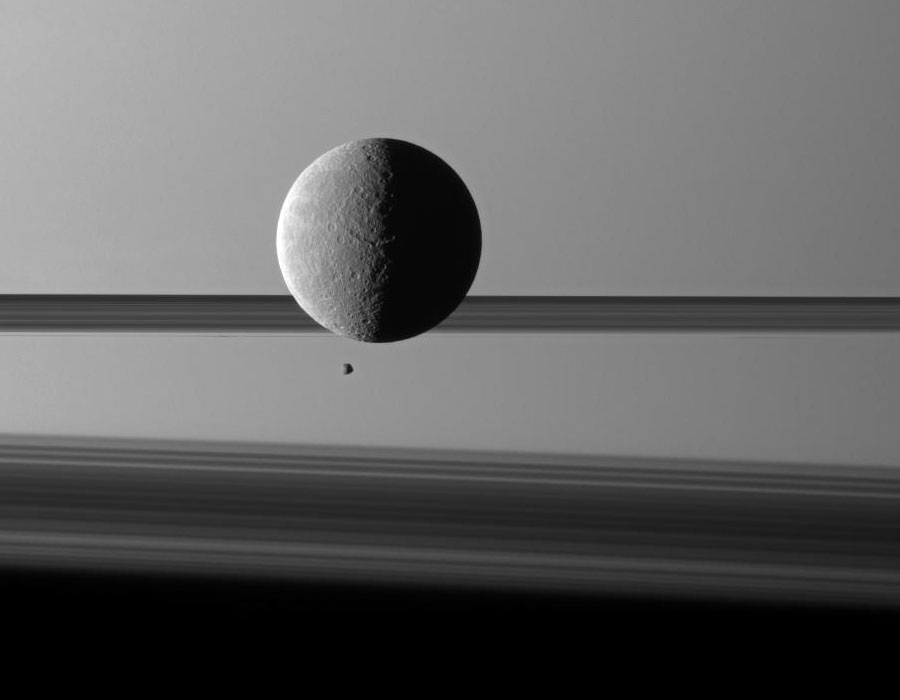 Explanation: While cruising around Saturn, be on the lookout for picturesque juxtapositions of moons and rings. Another striking alignment occurred last March in the view of humanity's Saturn-orbiting Cassini spacecraft. Rhea, one of Saturn's larger moons, was caught passing Epimetheus, one of Saturn's smaller moons. Epimetheus, as pictured above, is actually well behind the heavily cratered Rhea. Further back, several of the complex rings of Saturn can be seen crossing the image horizontally. Behind both the moons and rings is giant Saturn itself, showing expansive but featureless clouds in the green light where the above image was taken. The Cassini mission around Saturn has now been extended to 2017 to better study the complex planetary system as its season changes from equinox to solstice.