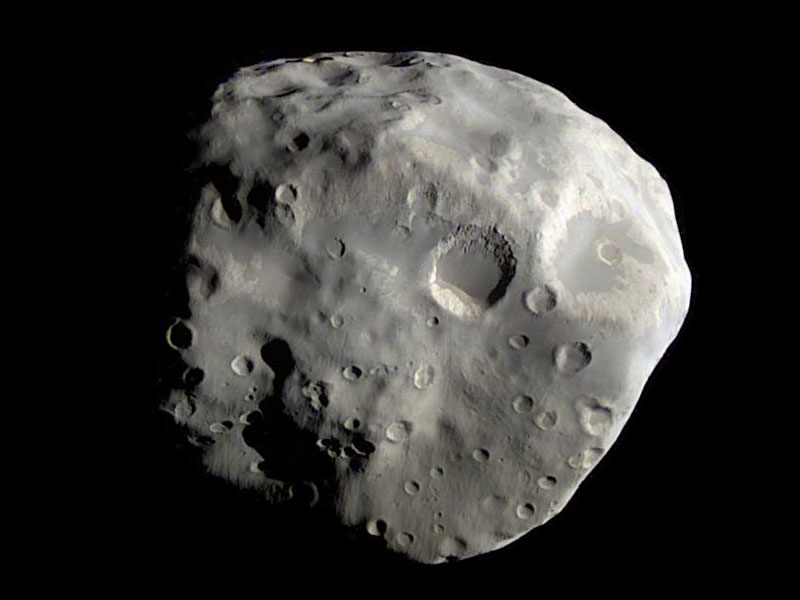 Explanation: How did Epimetheus form? No one is yet sure. To help answer that question, this small moon has recently been imaged again in great detail by the robot spacecraft Cassini now orbiting Saturn. Epimetheus sometimes orbits Saturn in front of Janus, another small satellite, but sometimes behind. The above image, taken last December, shows a surface covered with craters indicating great age. Epimetheus spans about 115 kilometers across. Epimetheus does not have enough surface gravity to restructure itself into a sphere. The flattened face of Epimetheus shown above might have been created by a single large impact.