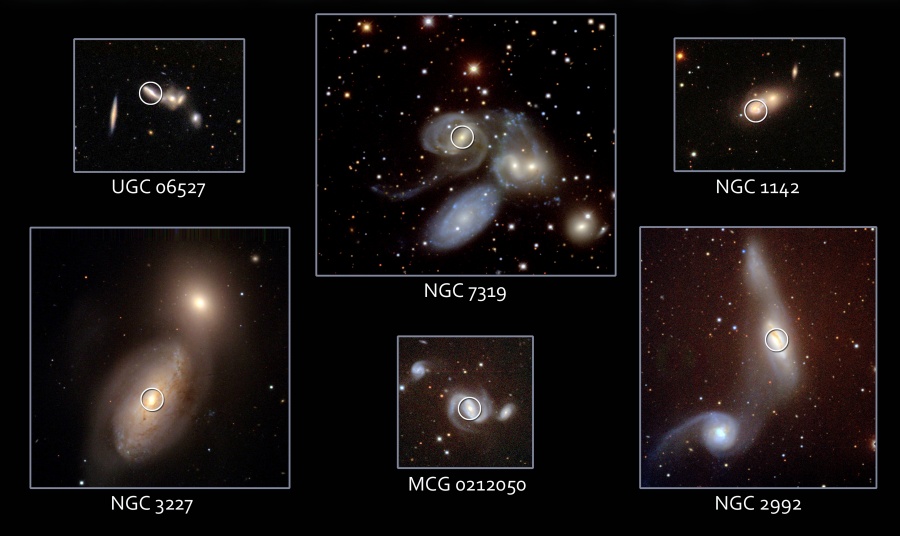 Explanation: Violent galaxy mergers can feed supermassive black holes. Theoretically, the result is intense emission from regions near the supermassive black holes, creating the some of the most luminous objects in the universe. Astronomers dub these Active Galactic Nuclei, or just AGN. But for decades only about 1 percent of AGN seemed to be associated with galaxy mergers. New results from a premier sky survey by NASA's Swift satellite at hard (energetic) X-ray energies now solidly show a strong association of AGN with merging galaxies, though. The hard X-rays more readily penetrate dust and gas clouds in merging galaxies and reveal the presence of emission from the active black holes. In fact, these panels show the location (circled) of Swift X-ray detected supermassive black holes in a variety of merging galaxy systems. The optical images are from the Kitt Peak National Observatory in Arizona. At top center is NGC 7319 and the compact galaxy group known as Stephan's Quintet.