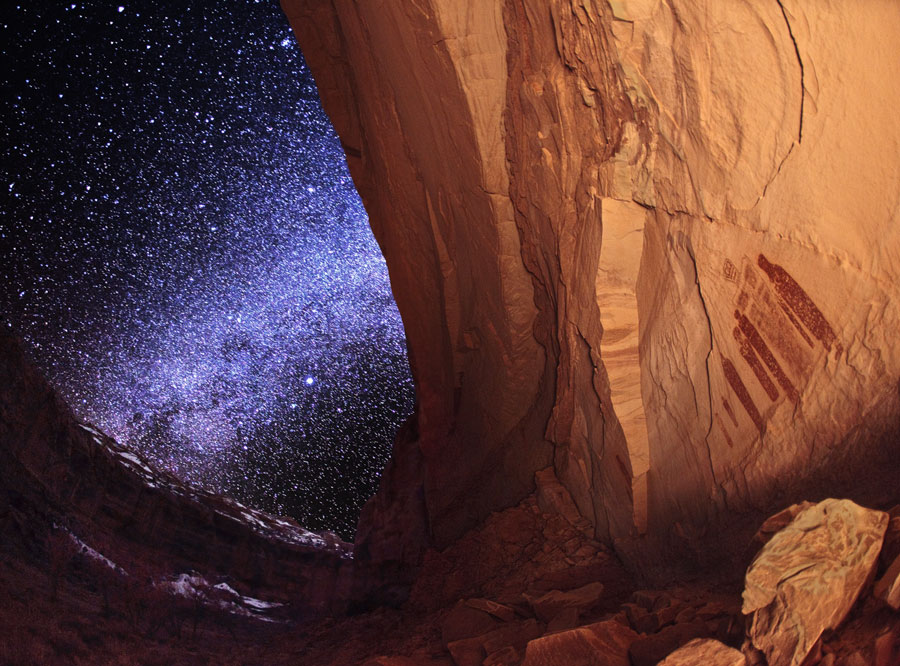 Explanation: Long before Stonehenge was built, well before the Dead Sea Scrolls were written, ancient artists painted life-sized figures on canyon walls in Utah, USA -- but why? Nobody is sure. The entire panel of figures, which dates back about 7,000 years, is called the Great Gallery and was found on the walls of Horseshoe Canyon in Canyonlands National Park. The humans who painted them likely hunted Mammoths. The unusual fuzziness of largest figure led to this mural section's informal designation as the Holy Ghost Panel, although the intended attribution and societal importance of the figure are really unknown. The above image was taken during a clear night in March. The oldest objects in the above image are not the pictographs, however, but the stars of our Milky Way Galaxy far in the background, some of which are billions of years old.