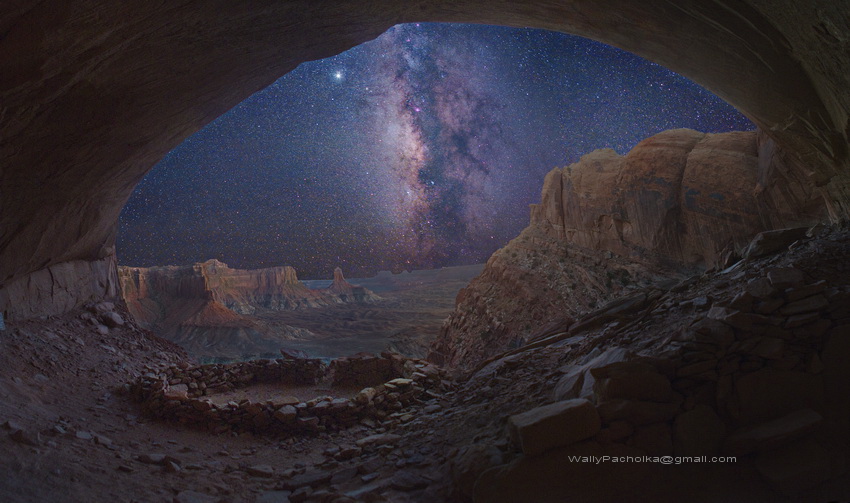 Explanation: Is there any place in the world you could see a sight like this? Yes! This digital mosaic shows the night sky as seen from False Kiva in Canyonlands National Park, eastern Utah, USA. Diving into the Earth far in the distance is part of the central band of our Milky Way Galaxy. Much closer, the planet Jupiter is visible as the bright point just to band's left. Closer still are the park's picturesque buttes and mesas lit by a crescent moon. In the foreground is the cave housing a stone circle of unknown origin named False Kiva. The cave itself was briefly lit by flashlight during the exposure. Astrophotographer Wally Pacholka reports that getting to the cave was no easy trek. Also, mountain lions were a concern while waiting alone in the dark to record the mosaic.