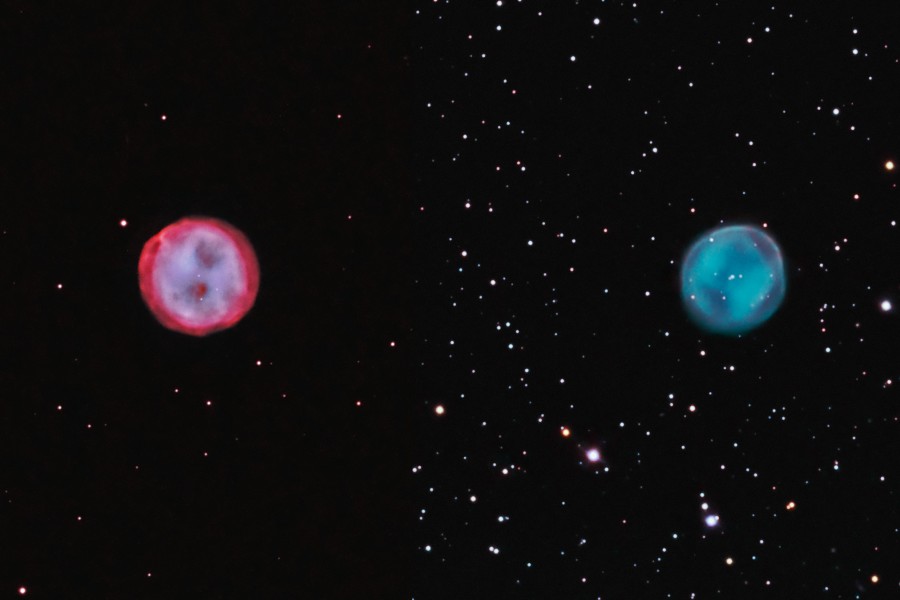 Explanation: Captured in colorful telescopic portraits, two cosmic owls glare back toward planet Earth in this intriguing comparison of planetary nebulae. On the left is M97 in the constellation Ursa Major, also known in the northern hemisphere as the Owl Nebula. On the right is its visual counterpart, the southern Owl Nebula in the constellation Hydra, cataloged as PLN 283+25.1. Both nebulae are remarkably symmetric, round, and similar in size, some 2 light-years across or about 2,000 times the diameter of Neptune's orbit. Planetary nebulae are produced during a final phase in the life of a sun-like star, an example of the fate that awaits the Sun when it runs out of nuclear fuel in another 5 billion years. Both images were made using narrowband filters and different color mappings. The image of the southern Owl also includes broadband data, bringing out the surrounding star field.