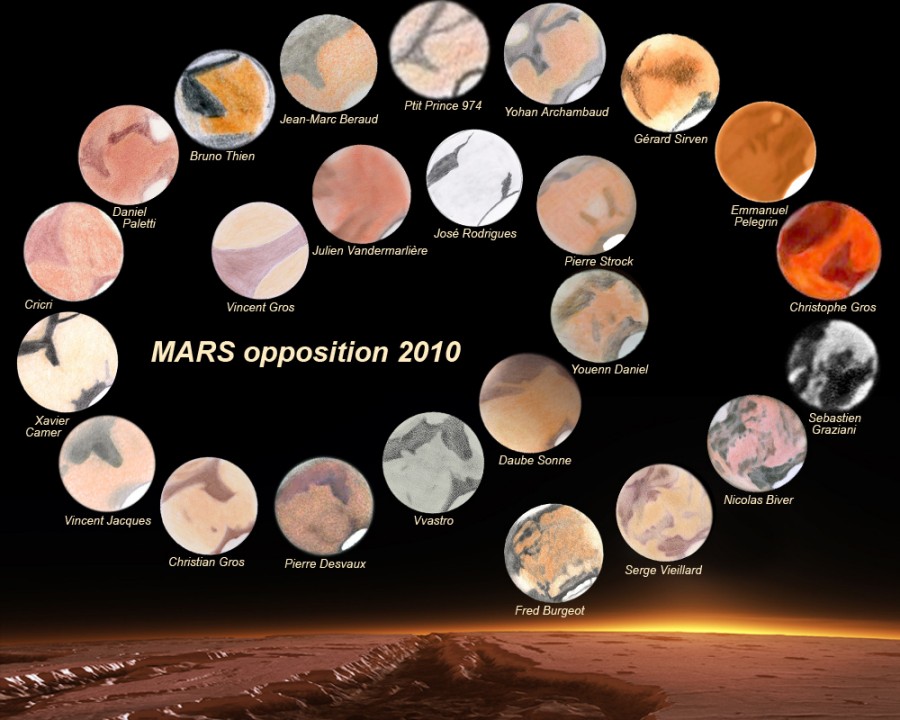 Explanation: Enthusiastic astro-artists ranging from expert to beginner, the youngest age 10, all contributed their work to this entertaining panel featuring different faces of Mars. Their sketches are all based on telescopic views of the Red Planet from earlier this year, near its 2010 opposition. Mars offers the best telescopic views at opposition, since that's when it is closest and opposite the Sun in planet Earth's sky. Arranged in a spiral pattern, the sketches are positioned to follow the planet's rotation. No canals are visible(!), but large surface markings such as the dramatic, dark Syrtis Major are easily identified. As often seen through an astronomical telescope eyepiece, the planet's orientation is inverted, with Mars' north polar cap at the bottom.