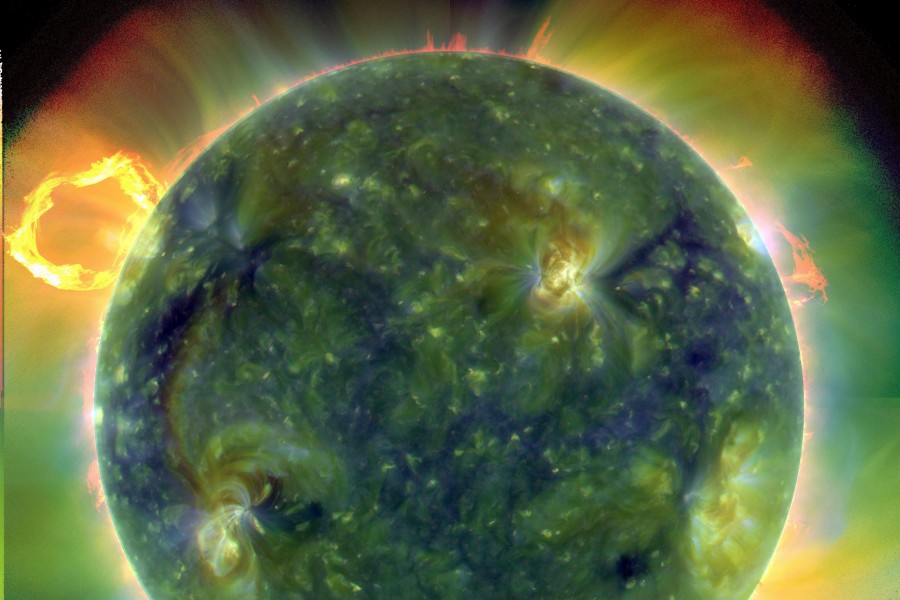 Explanation: Don't panic, the Sun has not gone wild. But this wild-looking portrait of the nearest star to planet Earth was made on March 30th by the recently launched Solar Dynamics Observatory (SDO). Shown in false-color, the composite view covers extreme ultraviolet wavelengths and traces hot plasma at temperatures approaching 1 million kelvins. At full resolution, SDO image data is intended to explore solar activity in unprecedented detail. In fact, SDO will send 1.5 terabytes of data back each day, equivalent to a daily download of about half a million MP3 songs. New SDO data releases include a high-resolution movie of the large, eruptive prominence seen along the solar limb at the upper left.