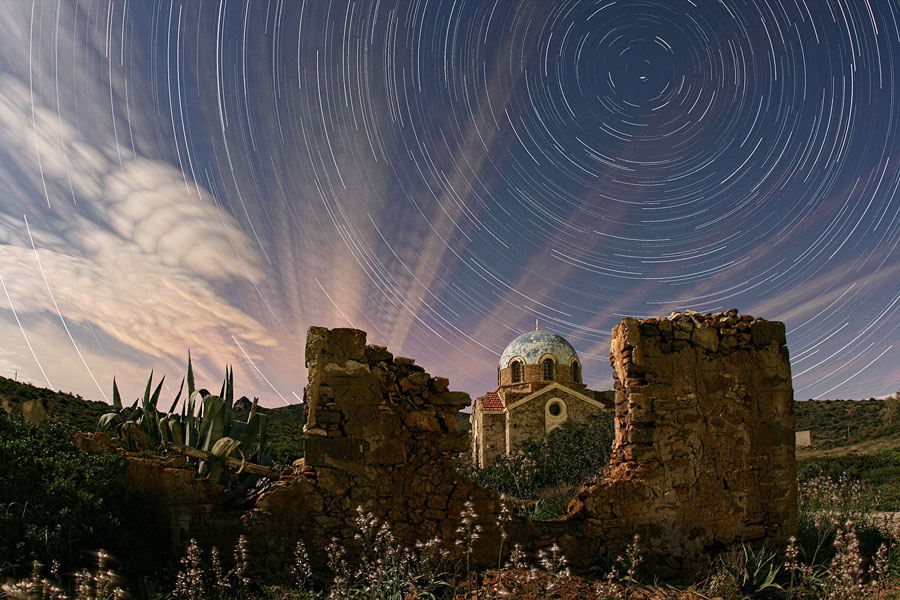 Explanation: It may appear to be day, but it's night. Those wondrous orange streaks may appear to be rays from the setting Sun, but they're actually thin clouds illuminated by the Moon as they quickly streaked toward the distant horizon. The thick clouds on the far left may appear to have many layers, but actually they are just a few simple clouds captured on numerous separate exposures. What is surely true, though, is that the above time lapse image sequence was taken over two hours, about two weeks ago, in Sounio, Greece. Also, those really are star trails swirling around the north star Polaris on the upper right of the image. But what about the building in the foreground? It may appear to be a famous ancient structure, but it's actually a small deserted church built only last century.