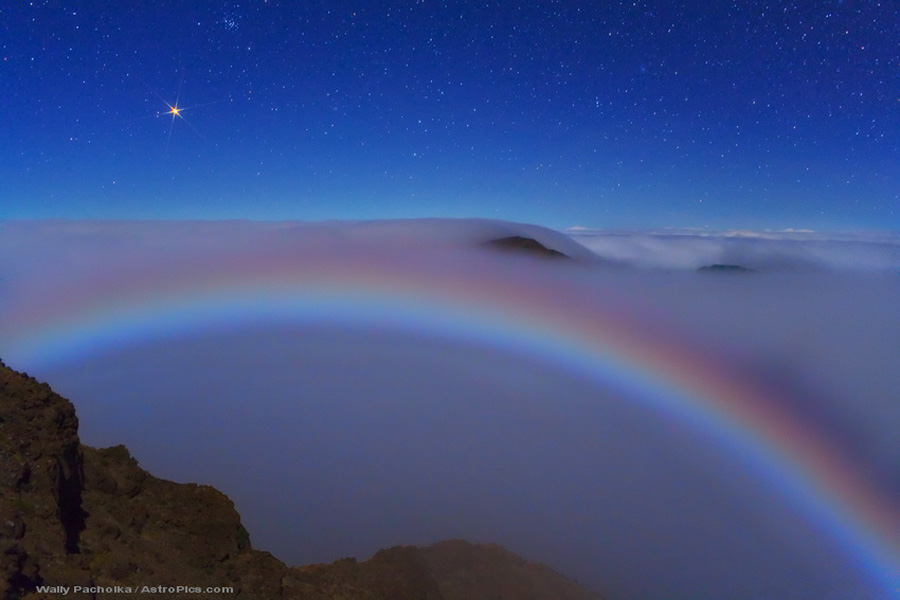 Explanation: Even from the top of a volcanic crater, this vista was unusual. For one reason, Mars was dazzlingly bright two weeks ago, when this picture was taken, as it was nearing its brightest time of the entire year. Mars, on the far upper left, is the brightest object in the above picture. The brightness of the red planet peaked last week near when Mars reached opposition, the time when Earth and Mars are closest together in their orbits. Arching across the lower part of the image is a rare lunar fog bow. Unlike a more commonly seen rainbow, which is created by sunlight reflected prismatically by falling rain, this fog bow was created by moonlight reflected by the small water drops that compose fog. Although most fog bows appear white, all of the colors of the rainbow were somehow visible here. The above image was taken from high atop Haleakala, a huge volcano in Hawaii, USA.