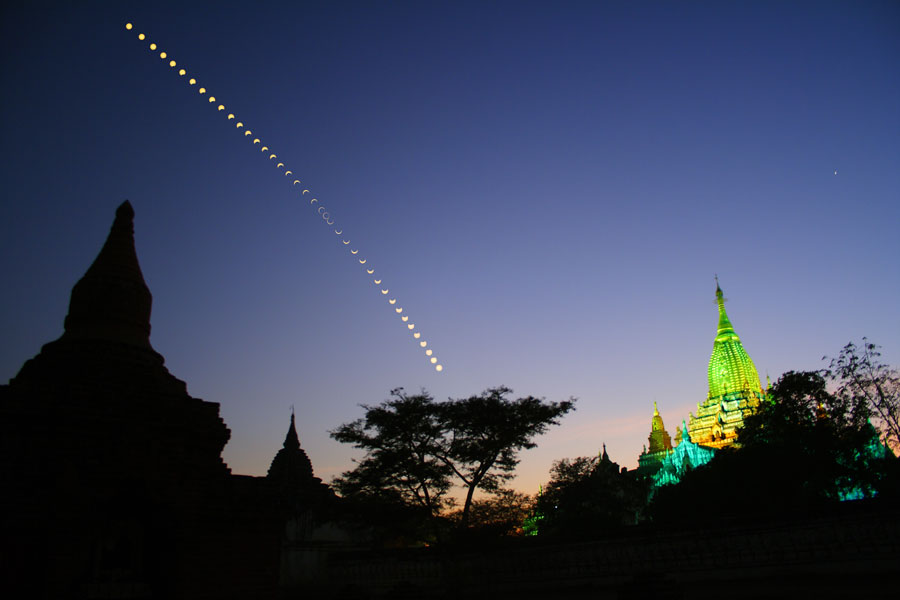 Explanation: A hole crossed the Sun for a few minutes this month, as seen across a thin swath of planet Earth. The event on January 15 was actually an annular solar eclipse, and the hole was really Earth's Moon, an object whose dark half may appear even darker when compared to the tremendously bright Sun. The Moon was too far from Earth to create a total solar eclipse, but instead left well placed observers with a bright surrounding circle called the ring of fire. Pictured above was a complete solar annular eclipse sequence as seen above the Ananda Temple in Bagan, Myanmar. The image of the ancient temple, built around the year 1100, was taken after sunset on the same day of the eclipse. The next solar eclipse will be a total solar eclipse during 2010 July.