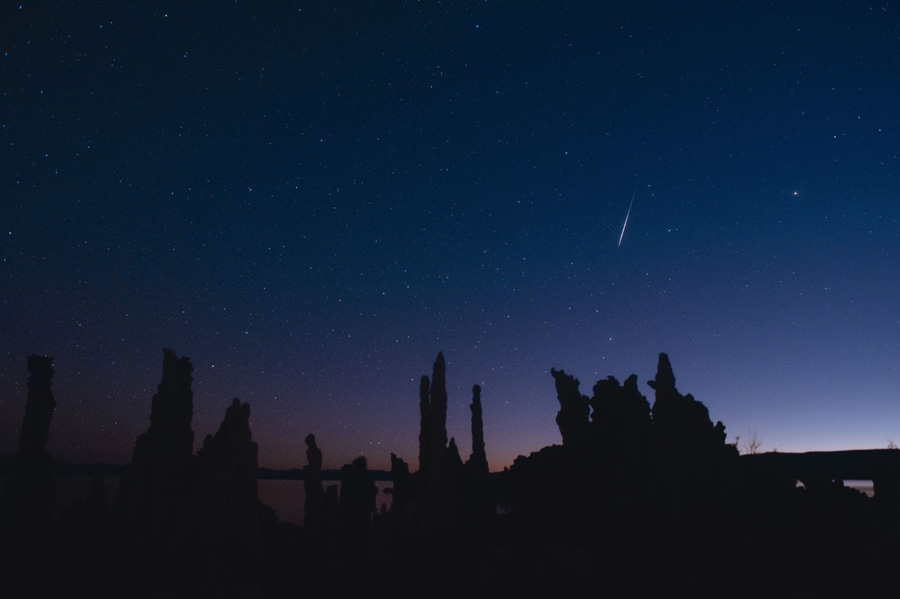 Explanation: Eerie spires of rock rise from shore of Mono Lake in the foreground of this early morning skyscape. The salty, mineral-laden lake is located in California's eastern Sierra Nevada mountain range and the spindly rock formations are naturally formed limestone towers called tufa. In the scene, recorded near the peak of the annual Leonid meteor shower (now subsiding) on November 17th, a meteor trails through the frigid predawn sky. Arcturus is the brightest star to the right of the meteor streak, while the constellation Leo and the shower's radiant point lie well above the field of view. Reports for this year's Leonids suggest the peak activity briefly exceeded 120 meteors per hour, but rates were typically much lower for many locations.