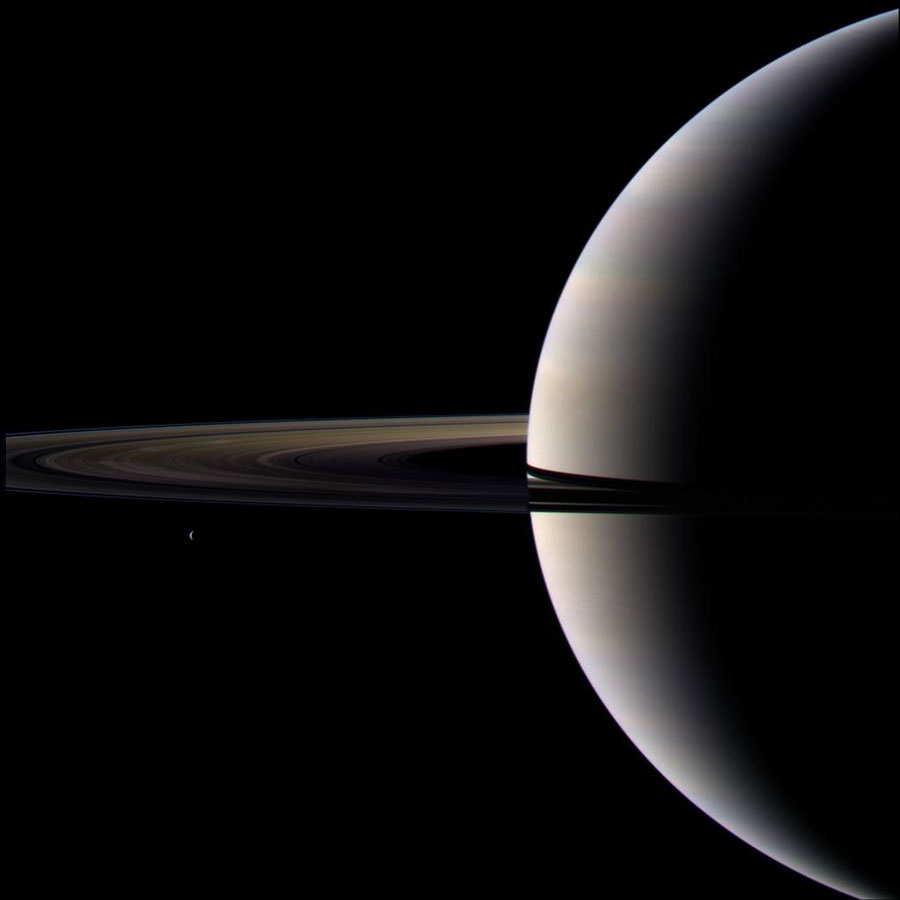 Explanation: The other side of Saturn's ring plane is now directly illuminated by the Sun. For the previous 15 years, the southern side of Saturn and its rings were directly illuminated, but since Saturn's equinox in August, the orientation has reversed. Pictured above last month, the robotic Cassini spacecraft orbiting Saturn has captured the giant planet and its majestic rings soon after equinox. Imaged from nearly behind, Saturn and its moon Tethys each show a crescent phase to Cassini that is not visible from Earth. As the rings continue to point nearly toward the Sun, only a thin shadow of Saturn's rings is visible across the center of the planet. Close inspection of Saturn's rings, however, shows superposed bright features identified as spokes that are thought to be groups of very small electrically charged ice particles. Understanding the nature and dynamics of spokes is not fully understood and remains a topic of research.