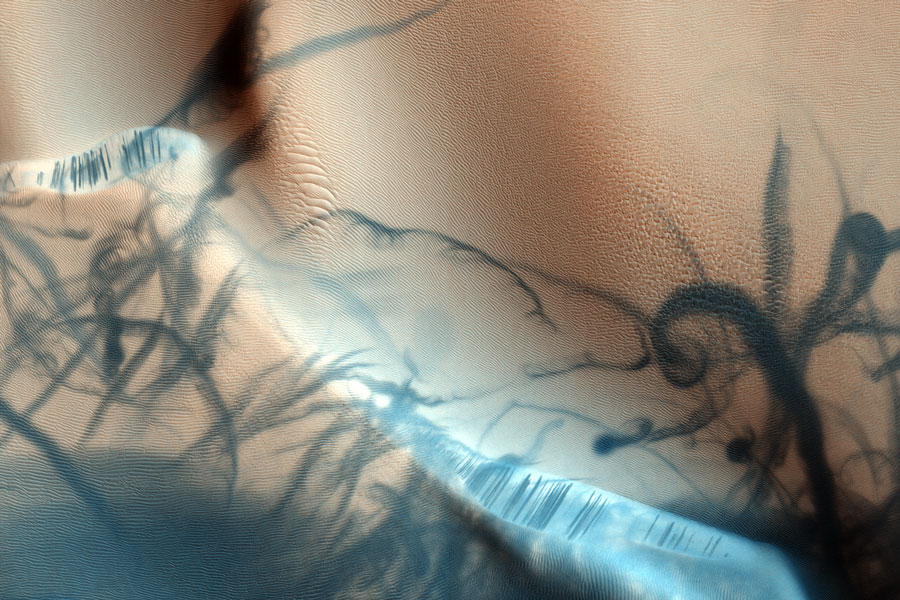 Explanation: Who's been marking up Mars? This portion of a recent high-resolution picture from the HiRISE camera on board the Mars Reconnaissance Orbiter shows twisting dark trails criss-crossing light colored terrain on the martian surface. Newly formed trails like these had presented researchers with a tantalizing martian mystery but are now known to be the work of miniature wind vortices known to occur on the red planet - martian dust devils. Such spinning columns of rising air heated by the warm surface are also common in dry and desert areas on planet Earth. Typically lasting only a few minutes, dust devils become visible as they pick up loose red-colored dust leaving the darker and heavier sand beneath intact. On Mars, dust devils can be up to 8 kilometers high. Dust devils have been credited with unexpected cleanings of mars rover solar panels.