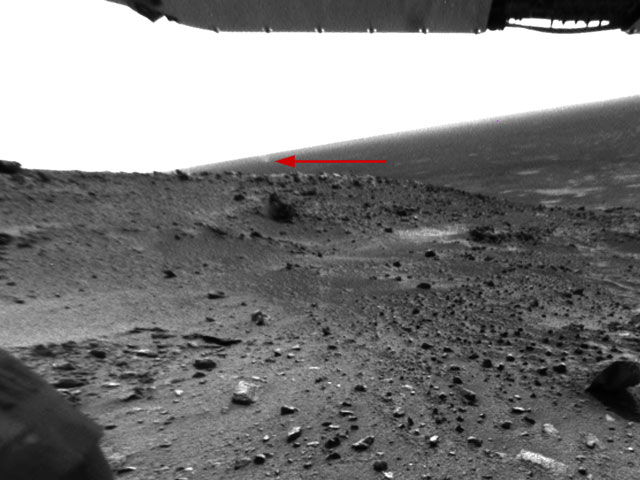 Explanation: What is that wisp on the horizon? Scientists think that the slight white apparition is actually a Martian dust devil that was caught swirling across Mars. The above image was taken earlier this month by the robotic rover Spirit. The swirling cloud was found by comparing the above image to a previous image of the same area. Fresh dust devil tracks have been seen on Mars before, but actually seeing one up close was a surprise. The most similar phenomena to Martian dust devils on Earth are terrestrial dust devils, tornadoes and waterspouts. The ultimate cause of Martian dust devils remains unknown, but might be related to rising air heated by sun-warmed rocks and soil. Just the previous day, Spirit's power acquisition increased unexpectedly, possibly the result of a dust devil passing near or over the Spirit rover and effectively cleaning its solar panels.