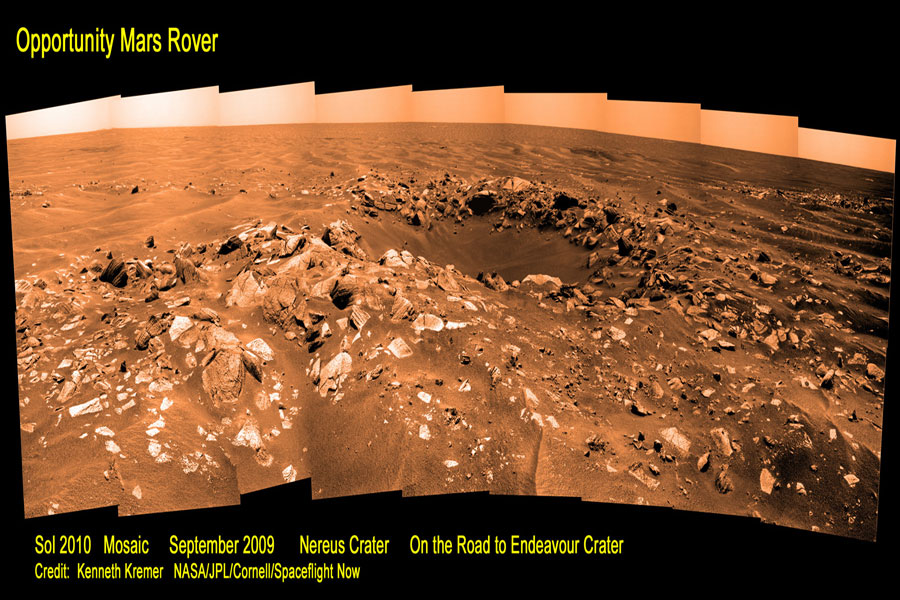 Explanation: It was along the way. The robotic rover Opportunity currently rolling across the Meridiani Plain on Mars has a destination of Endeavour Crater, a large crater over 20 kilometers across which may yield additional clues about the cryptic past of ancient Mars. Besides passing open fields of dark soil and light rock, Opportunity has chanced upon several interesting features. One such feature, pictured above in a digitally stitched and horizontally compressed panorama, is Nereus Crater, a small crater about 10 meters across that is surrounded by jagged rock. Besides Nereus, Opportunity recently also happened upon another unusual rock -- one that appears to be the third large meteorite found on Mars and the second for Opportunity during only this trip. Opportunity has been traveling toward Endeavour Crater for over a year now, and if it can avoid ridged rocks and soft sand along the way, it may reach Endeavour sometime next year.