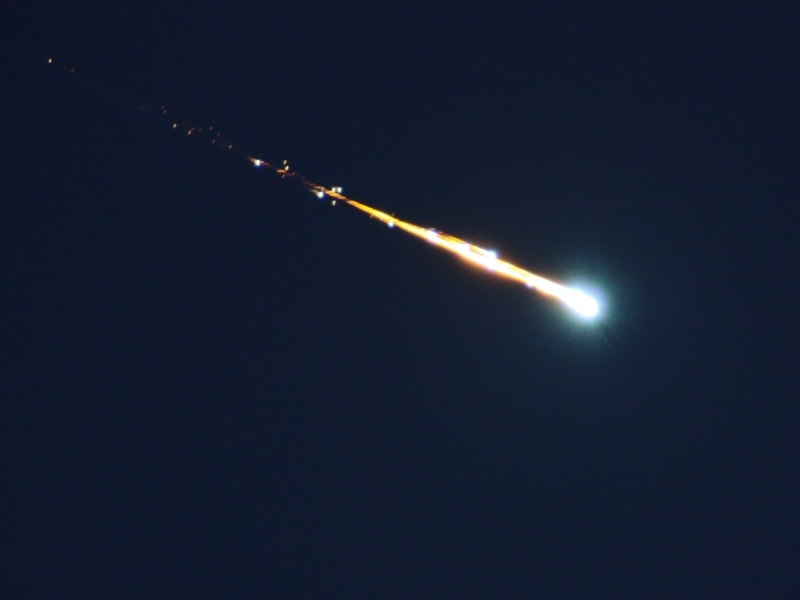 Explanation: The brilliant fireball meteor captured in this snapshot was a startling visitor to Tuesday evening's twilight skies over the city of Groningen. In fact, sightings of the meteor, as bright as the Full Moon, were widely reported throughout the Netherlands and Germany at approximately 17:00 UT. Accompanied by sonic booms and rumbling sounds, the meteor was seen to break up into bright fragments, eventually leaving a persistent smoke-like trail. Even though there are bright fireball meteors in planet Earth's atmosphere every day, sightings of them are relatively rare because they more often occur over oceans and uninhabited areas.