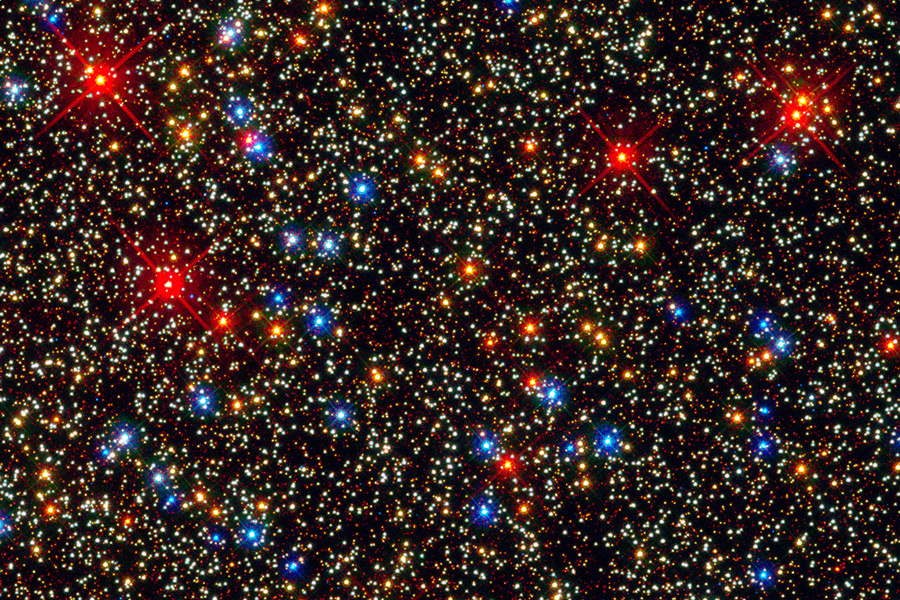 Explanation: What is left over after stars collide? To help answer this question, astronomers have been studying the center of the most massive ball of stars in our Milky Way Galaxy. In the center of globular cluster Omega Centauri, stars are packed in 10,000 times more densely than near our Sun. Pictured above, the newly upgraded Hubble Space Telescope has resolved the very center of Omega Centauri into individual stars. Visible are many faint yellow-white stars that are smaller than our Sun, several yellow-orange stars that are Red Giants, and an occasional blue star. When two stars collide they likely either combine to form one more massive star, or they stick, forming a new binary star system. Close binary stars interact, sometimes emitting ultraviolet or X-ray light when gas falls from one star onto the surface of a compact companion such as a white dwarf or neutron star. Two such binaries have now been located in Omega Centauri's center. The star cluster lies about 15,000 light-years away and is visible toward the constellation of Centaurus.