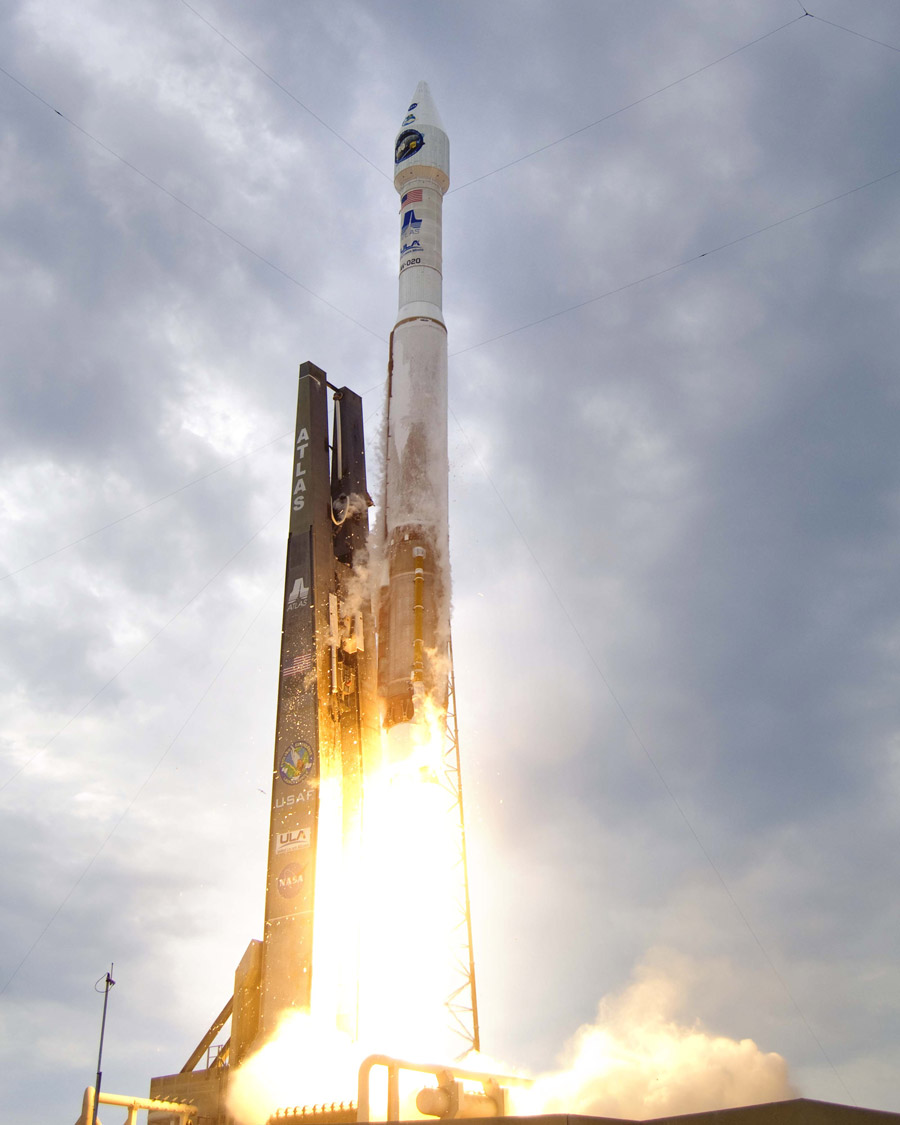 Explanation: This rocket is headed for the Moon. Pictured above, a huge Altas V rocket roared off the launch pad last week to start NASA's first missions to Earth's Moon in 10 years. The rocket is carrying two robotic spacecraft. The Lunar Reconnaissance Orbiter (LRO) is scheduled to orbit and better map the Moon, search for buried and hidden ice, and return many high resolution images. Some images will be below one-meter in resolution and include images of historic Apollo landing sites. Exploratory data and images should allow a more informed choice of possible future astronaut landing sites. The Lunar CRater Observation and Sensing Satellite (LCROSS) is scheduled to monitor the controlled impact of the rocket's upper stage into a permanently shadowed crater near the Moon's south pole. This impact, which should occur in about three months, might be visible on Earth through small telescopes.