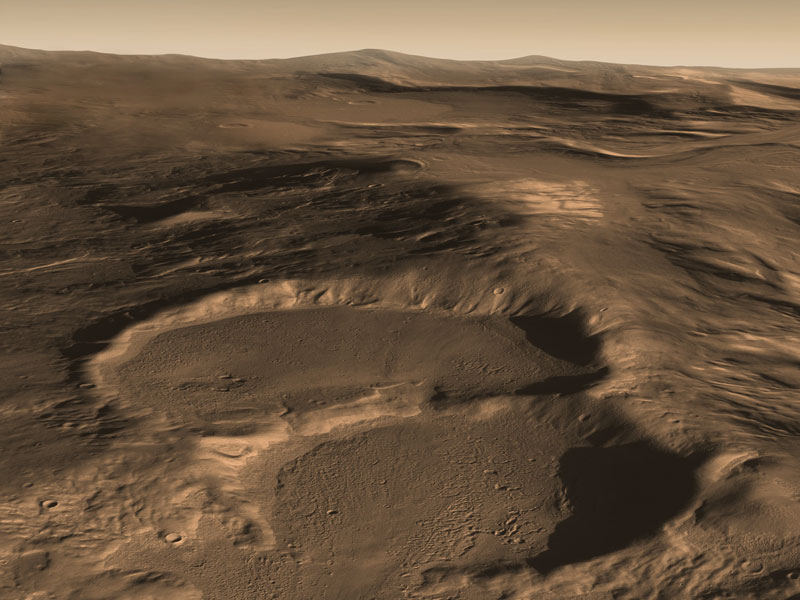 Explanation: What created this unusual terrain on Mars? The floors of several mid-latitude craters in Hellas Basin on Mars appear unusually grooved, flat, and shallow. New radar images from the Mars Reconnaissance Orbiter bolster an exciting hypothesis: huge glaciers of buried ice. Evidence indicates that such glaciers cover an area larger than a city and extend as much as a kilometer deep. The ice would have been kept from evaporating into the thin Martian air by a covering of dirt. If true, this would indicate the largest volume of water ice outside of the Martian poles, much larger than the frozen puddles recently discovered by the Phoenix lander. Such lake-sized ice blocks located so close to the Martian equator might make a good drinking reservoir for future astronauts exploring Mars. How the glaciers originally formed remains a mystery. In the meantime, before packing up to explore Mars, please take a moment to suggest a name for NASA's next Martian rover.