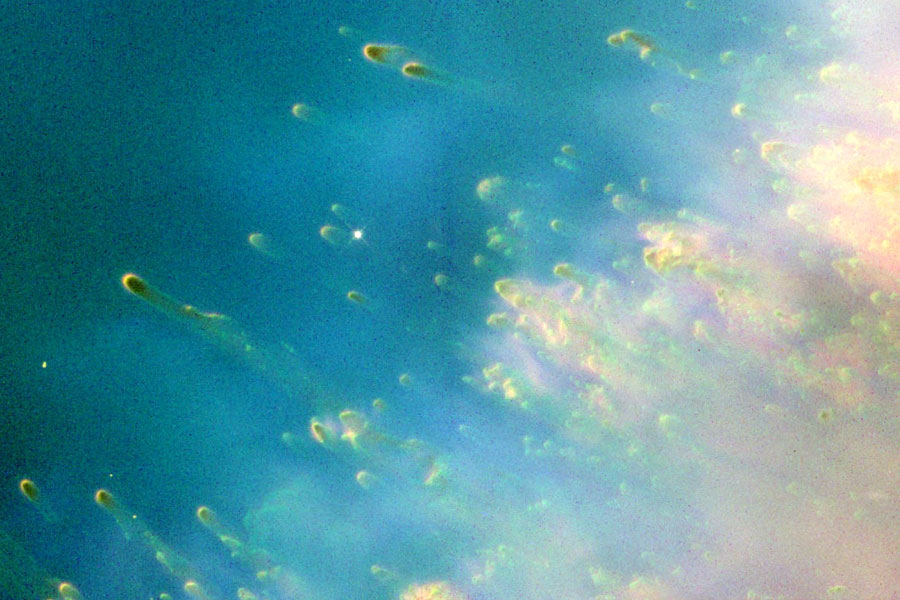 Explanation: What causes unusual knots of gas and dust in planetary nebulas? Seen also in the Ring Nebula, the Dumbbell Nebula and NGC 2392, the knots' existence was not initially predicted and their origins are still not well understood. Pictured above is a fascinating image of the Helix Nebula by the Hubble Space Telescope showing tremendous detail of its mysterious gaseous knots. The above cometary knots have masses similar to the Earth but have radii typically several times the orbit of Pluto. One hypothesis for the fragmentation and evolution of the knots includes existing gas being driven out by a less dense but highly energetic stellar wind of the central evolving star. The Helix Nebula is the closest example of a planetary nebula created at the end of the life of a Sun-like star. The Helix Nebula, given a technical designation of NGC 7293, lies about 700 light-years away towards the constellation of Aquarius.