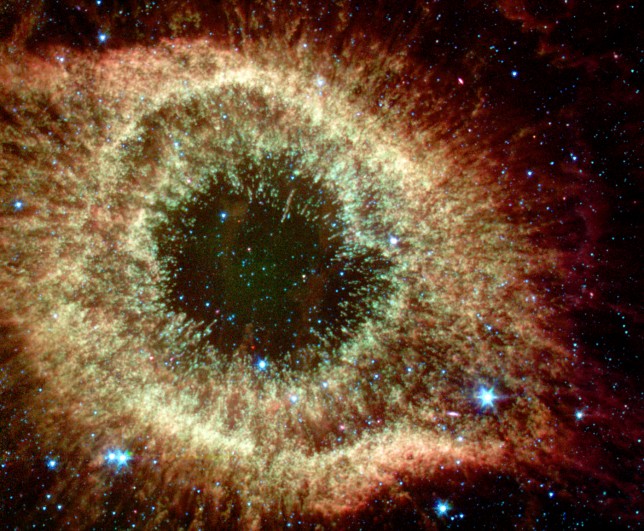 Explanation: Over six hundred light years from Earth, in the constellation Aquarius, a sun-like star is dying. Its last few thousand years have produced the Helix Nebula (NGC 7293), a well studied and nearby example of a Planetary Nebula, typical of this final phase of stellar evolution. Emission in this infrared Spitzer Space Telescope image of the Helix comes mostly from the nebula's molecular hydrogen gas. The gas appears to be clumpy, forming thousands of comet-shaped knots each spanning about twice the size of our solar system. Bluer, more energetic radiation is seen to come from the heads with redder emission from the tails, suggesting that they are more shielded from the central star's winds and intense ultraviolet radiation. The nebula itself is about 2.5 light-years across. The Sun is expected to go through its own Planetary Nebula phase ... in another 5 billion years.