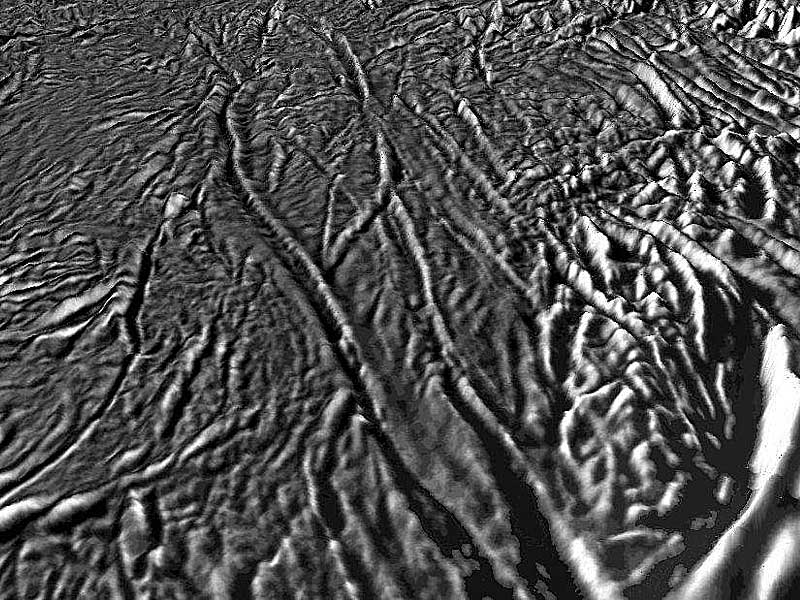 Explanation: Could life exist beneath Enceladus? A recent flyby of Saturn's icy moon has bolstered this fascinating idea. Two years ago, images from the robotic Cassini spacecraft orbiting Saturn led astronomers to the undeniable conclusion that Saturn's moon Enceladus was spewing fountains of gas and ice crystals through cracks in its surface dubbed tiger stripes. Last month, Cassini dove through some of these plumes and determined that they contained water vapor laced with small amounts of methane as well as simple and complex organic molecules. Surprisingly, the plumes of Enceladus appear similar in make-up to many comets. What's more, the temperature and density of the plumes indicate they might have originated from a warmer source -- possibly a liquid source -- beneath the surface. A liquid water sea containing organic molecules is a good place to look for life. Pictured above is a vertically exaggerated close-up of some long, venting tiger stripes. The computer composite was generated from images and shadows taken during recent Cassini flybys. Nine more flybys of Enceladus by Cassini are planned.