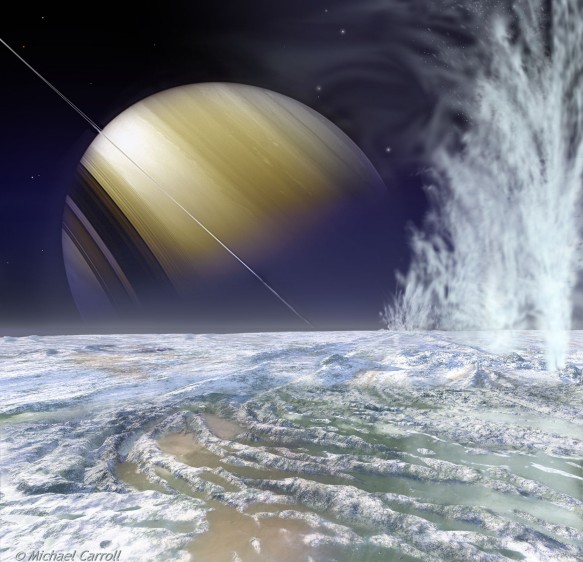 Explanation: In this stunning Saturnian vista - one in a series of artist's visions of volcanos on alien worlds - icy geysers erupt along narrow fractures in inner moon Enceladus. The majestic plumes were actually discovered by instruments on the Cassini Spacecraft during close encounters with bright and shiny Enceladus last year. Researchers now suspect the plumes originate from near-surface pockets of liquid water with temperatures near 273 kelvins (0 degrees C) - hot when compared to the distant moon's surface temperature of 73 kelvins (-200 degrees C). A dramatic sign that tiny, 500km-diameter Enceladus is surprisingly active, these ice volcanos hold out another potential site in the search for water and origin of life beyond planet Earth. Enceladus' ice volcanos also likely produce Saturn's faint but extended E ring.