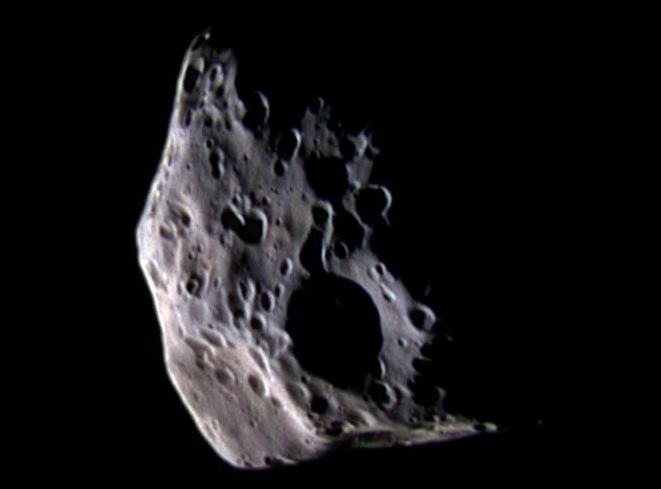 Explanation: Small saturnian moon Epimetheus (ep-ee-MEE-thee-us) is at most 116 kilometers across. Its cratered surface and irregular shape are highlighted by dramatic shadows in this composite close-up image from the Cassini spacecraft. However, orbiting 91,000 kilometers above Saturn's cloud tops, Epimetheus is not alone. Similar in size, saturnian moon Janus occupies an orbit separated from Epimetheus' by only about 50 kilometers. The two actually approach each other once every four years, but instead of colliding, the moons deftly exchange orbits and move apart again! In fact, co-orbiting Epimetheus and Janus both consist mostly of porous water ice and could have formed from the breakup of a single parent body. The small moons are also believed to play a role in maintaining the outer edge of Saturn's A ring.