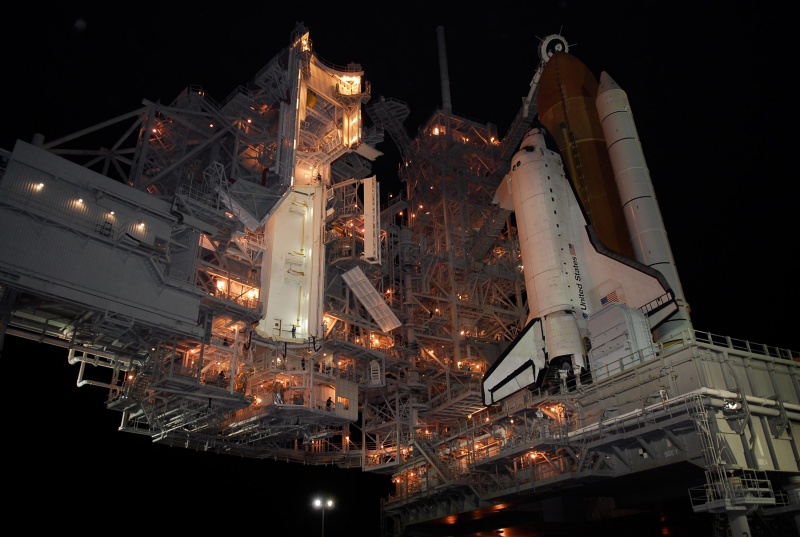 Explanation: An intricate network of lighting plays across the 130 foot high Rotating Service Structure (RSS) in this dramatic night view of the Space Shuttle Atlantis on the Kennedy Space Center's launch pad 39A. Small human figures visible in silhouette emphasize the structure's enormous scale. Seen here after rolling back before Thursday's shuttle launch, the RSS provides pre-launch access to the orbiter and its payload. For this mission to the International Space Station, STS-122, Atlantis' payload is the European Space Agency's Columbus science laboratory. During the mission, three space walks are planned to attach the Columbus lab. Atlantis is expected to dock with the space station today.