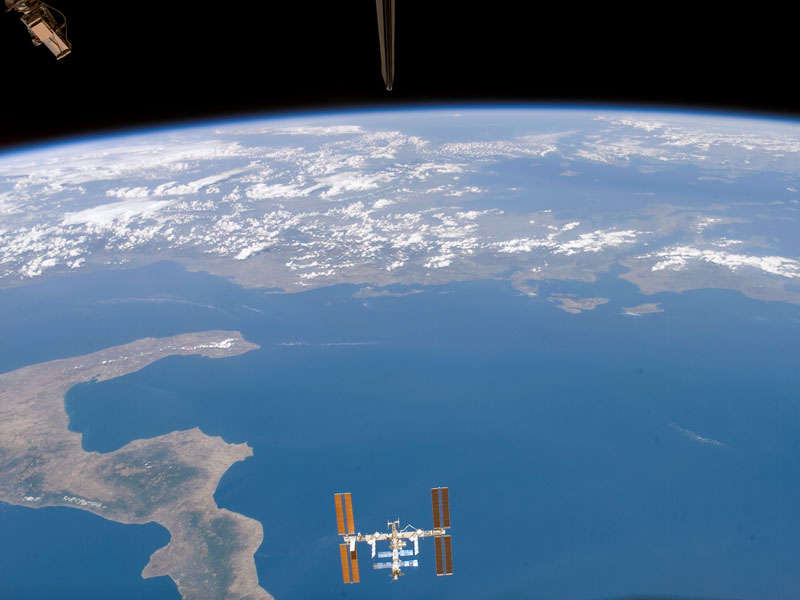 Explanation: Last August, the Space Shuttle Endeavour crew captured this shot of the International Space Station (ISS) against the backdrop of Planet Earth. During that trip to the ISS, the space shuttle crew re-supplied the station, repaired the station, and even built more of the station. Its primary mission complete, the crew took the premier spaceship on a tour around the premier space station. Pictured during this inspection tour, the ISS is visible in front the Ionian Sea. The boot of Italy is visible on the left, while the western coastlines of Greece and Albania stretch across the top. The dorsal fin of the upside-down shuttle orbiter pokes into the very top of the image. The Space Shuttle Discovery subsequently visited the ISS in October while the next shuttle mission to the ISS is scheduled for next week.