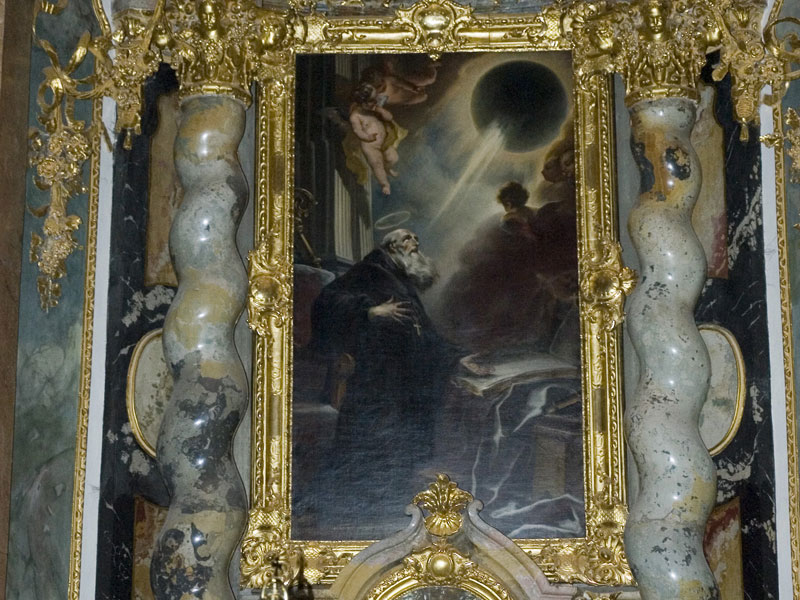 Explanation: Is this painting the earliest realistic depiction of a total eclipse of the Sun? Some historians believe it is. The above painting was completed in 1735 by Cosmas Damian Asam, a painter and architect famous in early eighteenth century Germany. Clearly drawn is not only a total solar eclipse, but the solar corona and the diamond ring effect visible when sunlight flows only between mountains on the Moon. The person depicted viewing these eclipse phenomena is St. Benedict. Roberta J. M. Olson and Jay Pasachoff have hypothesized that Asam himself may have seen first hand one or all of the total solar eclipses of May 1706, 1724, and 1733. Many facts about our astronomical universe that are taken for granted today have been known -- or accurately recorded -- only during the last millennium. Asam's painting currently hangs in Weltenburg Abbey in Bavaria, Germany.