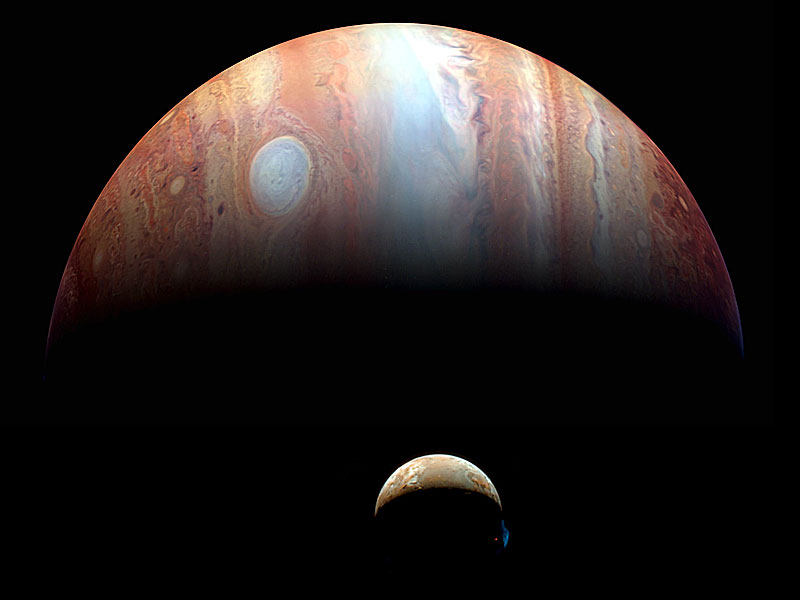 Explanation: As the New Horizons spacecraft sweeps through the Solar System, it is taking breathtaking images of the planets. In February of last year, New Horizons passed Jupiter and the ever-active Jovian moon Io. In this montage, Jupiter was captured in three bands of infrared light making the Great Red Spot look white. Complex hurricane-like ovals, swirls, and planet-ringing bands are visible in Jupiter's complex atmosphere. Io is digitally superposed in natural color. Fortuitously, a plume was emanating from Io's volcano Tvashtar. Frost and sulfuric lava cover the volcanic moon, while red-glowing lava is visible beneath the blue sunlight-scattering plume. The robotic New Horizons spacecraft is on track to arrive at Pluto in 2015.