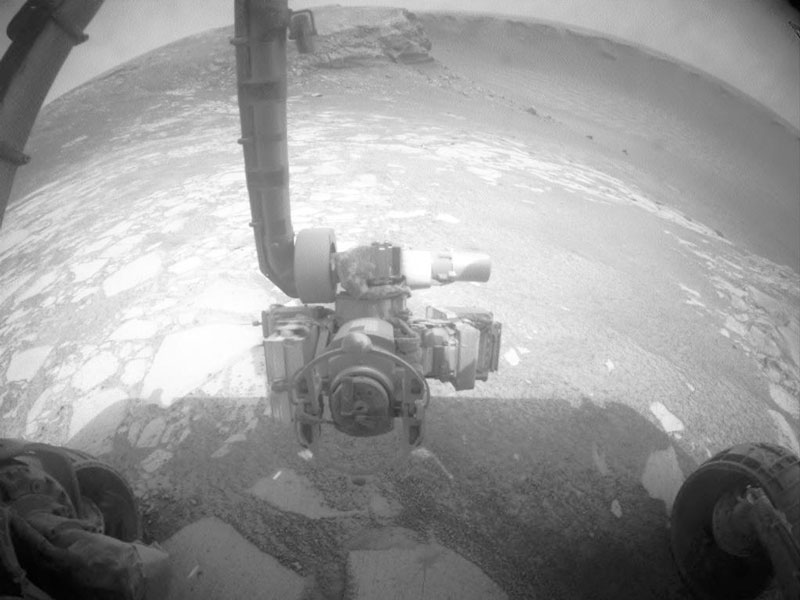 Explanation: NASA's Opportunity rover is now inside Victoria Crater on Mars. Last week the robot rolled about 20 meters into the largest crater any Martian rover has yet encountered, the crater next to which Opportunity has been perched for months. Currently, the rolling explorer is situated in Duck Bay alcove, peering across at the internal crater wall dubbed Cape St. Vincent. The above wide-angle view is from Opportunity's front hazard-identification camera. Over the next few weeks, Opportunity is scheduled to explore this telling alien indentation, searching for clues to the ancient past of Mars before the huge impact that created Victoria Crater ever took place.