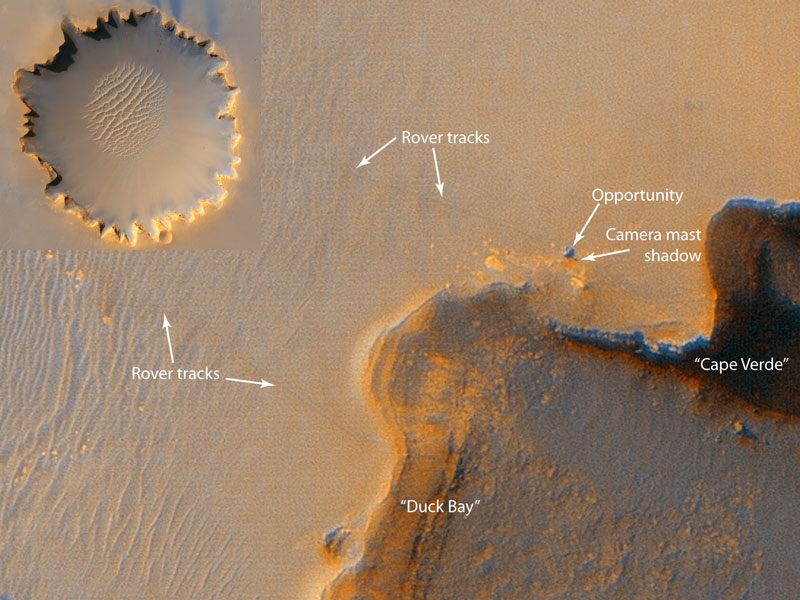 Explanation: An unusual spot has been found on Mars that scientists believe is not natural in origin. The spot appears mobile and is now hypothesized to be a robot created by an intelligent species alien to Mars. In fact, the spot appears to be NASA's robotic Opportunity rover currently rolling across Mars. The ability to see the Martian rover from orbit has recently been demonstrated by the High Resolution Imaging Science Experiment on NASA's Mars Reconnaissance Orbiter (MRO). The new spacecraft achieved orbit around Mars in 2006 March. Last week, MRO imaged the location of Victoria Crater and the rover Opportunity that had just arrived there. In the above image at spectacularly high resolution, objects about one meter in size are resolved, and this includes the rolling rover. Such images may help scientists better determine if any safe path exists for Opportunity to enter large crater. In the inset image on the upper left, the whole of Victoria Crater was also imaged by MRO.