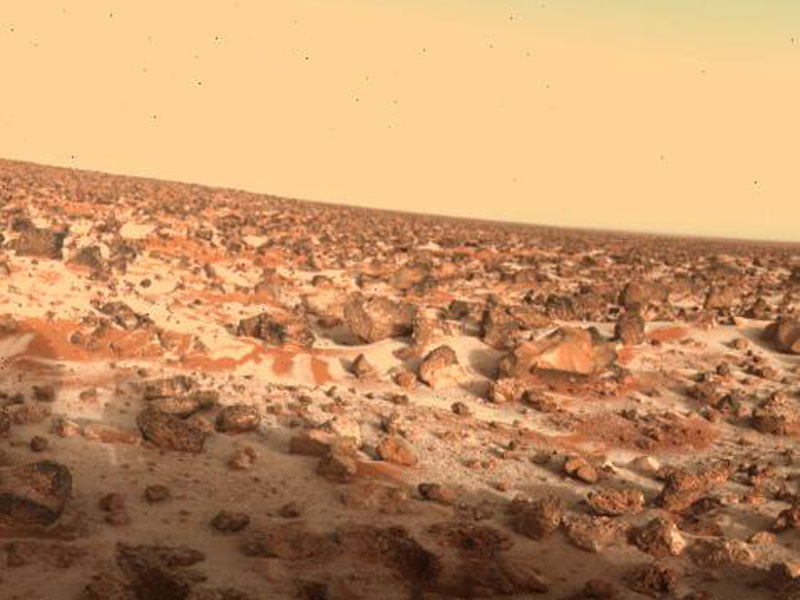 Explanation: Is there life on Mars? Although no unambiguous evidence for indigenous life on Mars has ever been found, a more speculative question -- could some life forms survive on Mars -- has taken on a new twist. Two planetary scientists recently speculated that were extremophile microbes to involve a mixture of hydrogen peroxide (H2O2) and water (H2O), these microbes might well be able survive the thin, cold, dry atmosphere on Mars. Life that involves hydrogen peroxide does exist here on Earth, they note, and such life would be better able to absorb water on Mars. They also claim that such life would be consistent with the ambiguous results coming out from the life-detecting experiments aboard the old Viking Landers. Although such speculation is not definitive, debating possibilities for life on Mars has again proven to be fun and a magnet for media attention. Pictured above, the Viking Lander 2 captured an unusual image of the Martian surface in 1979 sporting a thin layer of seasonal water ice.