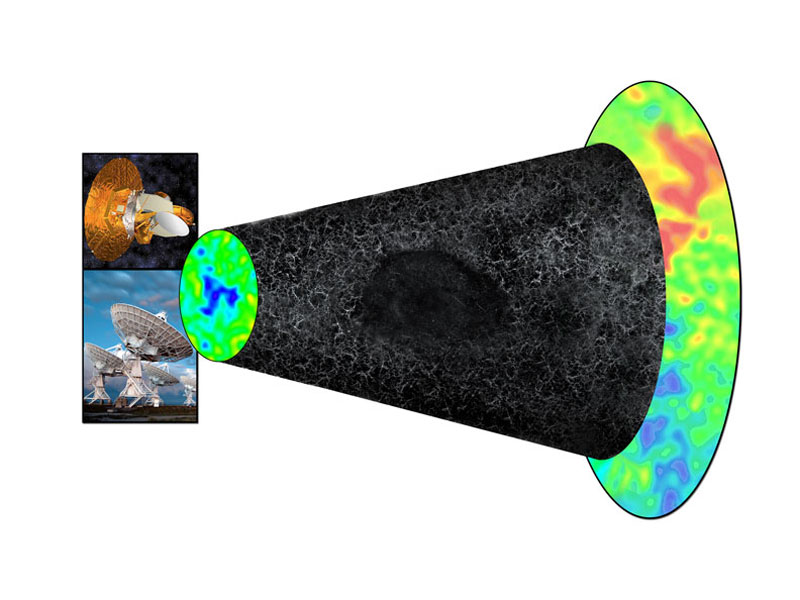 Explanation: What has created this huge empty volume in the universe? No one is yet sure, and even the extent of the estimated billion-light year void is being researched. The void is not a hole in space like a black hole, but rather a vast region of the universe that appears to be mostly devoid of normal matter and even dark matter. The void is still thought to contain dark energy, though, and is clearly traversable by light. The void's existence is being postulated following scientific curiosity about how unusually cold spots came to appear on WMAP's map of cosmic microwave background (CMB) radiation. One possibility was that this CMB region was not actually very cold but light from the spot somehow became more cosmologically redshifted than normal along the way. Other voids in the universe are known to exist, but this void appears to have an unusually large gravitational effect, and so might possibly be the largest in our entire visible universe. Investigating this, a recent study found an unusually low number of cosmic radio sources between Earth and the CMB cold spot, which led to the inference of this giant void. An artist's depiction of the huge cosmic void is shown above.