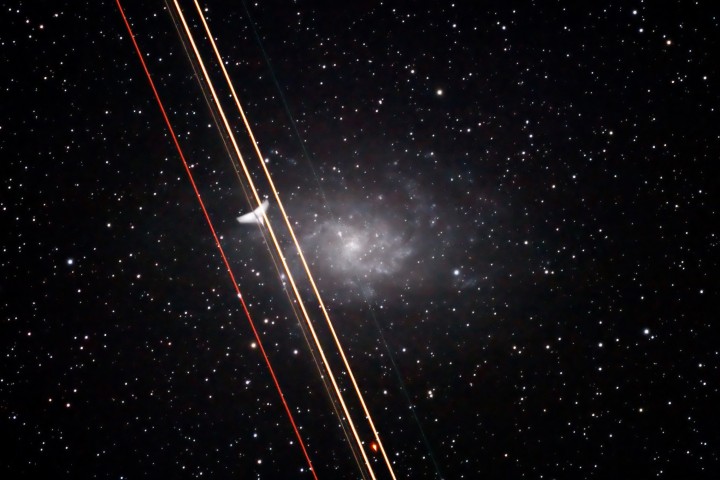 Explanation: M33 is a big, beautiful spiral galaxy a mere 3 million light-years away, understandably a popular target for enthusiastic astro-imagers. Just as understandably, interfering satellite trails and airplane streaks that are becoming more common in planet Earth's busy night sky are processed out of their finished images. But Robert Stephan left these streaks in his final picture of M33, realizing that he had also recorded something relatively rare. His otherwise cosmic skyscape shows the tail of an aircraft passing overhead through his telescope's field of view. A navigational strobe light on the plane flashed across the tail at exactly the right moment. The brief illumination produced the incongruous, though remarkably sharp image.