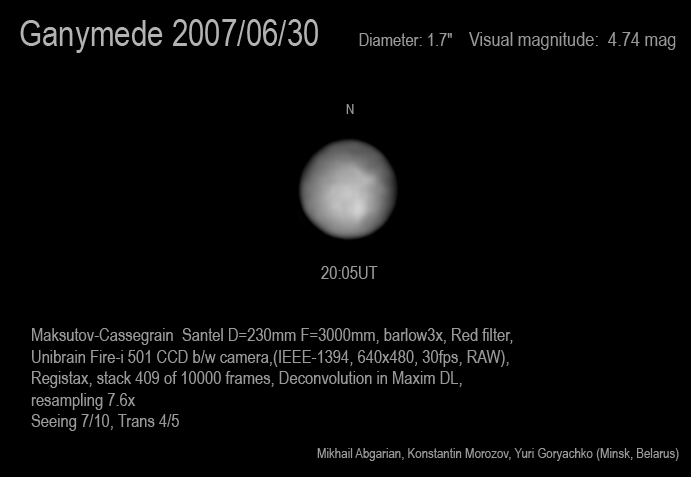 Explanation: Jupiter is an astronomer's planet -- its large size and contrasting global cloud belts and zones allow detailed studies with a range of earthbound telescopes. On the other hand, most telescopic views of Jupiter's moons usually show only featureless, tantalizing points of light hovering near the ruling gas giant. But this impressive picture from a small, ground-based telescope reveals a stunning amount of detail on Ganymede, a jovian moon about the same size as Earth's moon but at least 1,500 times farther away. The image was carefully constructed by combining and processing only the 409 sharpest frames from a total of 10,000 recorded at 30 frames per second by a digital camera. Ganymede's radius is about 2,600 kilometers indicating that the surface markings visible are as small as around 900 kilometers across.