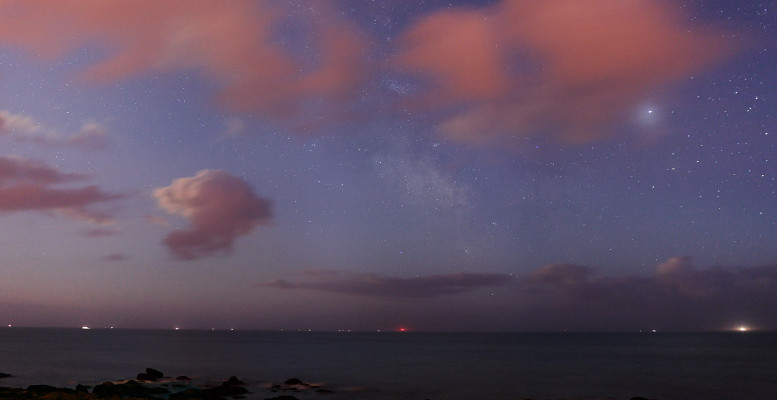 Explanation: Recorded earlier in July, the clouds of planet Earth reflect moonlight and a faint, reddish glow in this serene sea and skyscape. Beyond them lie the cosmic dust and star clouds of the Milky Way. The near-midnight view looks south from a beach in northern France and finds the constellation Sagittarius, the Archer, peaking above the horizon. Bright planet Jupiter rules on the right, wandering among the stars of the constellation Scorpius. Of course, the Galactic Center itself is hidden behind the Milky Way clouds in Sagittarius. To find them, just put your cursor over the picture and follow the arrow.